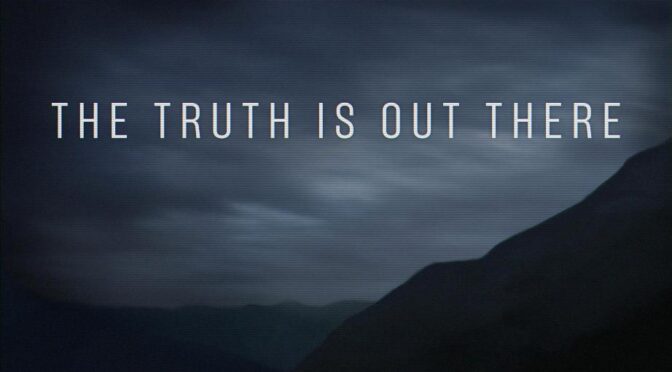 No matter how loud the voice, no matter how many people are saying it doesn’t make it true. But how can you tell?  One tell-tale sign is if your voice is suppressed when you try to question that truth.
― Charles F Glassman MD, author

First, let’s note, as of this writing, it’s NOT over.

On the sudden explosion of  Big Dummies across our nation…..

Along with the #China virus, there is another pandemic of absurd stupidity happening, ignited by the left and amplified by their obedient poodles in the American press, that now includes Fox News, led by liar Chris Wallace and Donut Connoisseur Bret Baier.

Their key word is ‘insurrection’.  Use of that word for what happened at the US Capitol is BS to thinking patriots, but at least half of our citizens are not both thinking and patriots.  On the left some are one, some the other, but being both is almost impossible.

5 decades of our failed education system produced stupid smart people like Zuckerberg, Dorsey and Bezos who have ended up in powerful positions.  What is a stupid smart person?  It’s a person with many valuable skills that was never educated in subjects such as history.  They are similar to great players in sports who end up with very few other contributions to society.  They can code.  They can innovate.  They can create.  What they cannot do is practice discernment in complicated issues involving human behavior.  Some have speculated that each may have some undiagnosed mental disease.  Regardless, we now have human automatons driven by their own internal algorithms that reject our basic freedoms.   They are colluding for now with the Democrats to protect themselves.  And yes – saying they are simply uneducated and not evil is generous.

It is easy to make Big Tech feel Pain.  If like this writer, you are an Amazon Prime member, just start a Walmart.com account and steer a large amount of spend that way.  Don’t tell them why.  Just do it.  Breaking out of Apple is harder, but doable.  Twitter and Facebook are largely bad habits to be broken.  Other options are rapidly emerging.  Explore them.

The main misfortune, the root of all the evil to come, was the loss of confidence in the value of one’s own opinion. People imagined that it was out of date to follow their own moral sense, that they must all sing in chorus, and live by other people’s notions, notions that were being crammed down everybody’s throat.
― Boris Pasternak, Doctor Zhivago

I will stop using the term ‘MSM’  as it really is most of the media that is involved in malpractice/malfeasance.  The on air implosion of Fox News on election night led by Bret ‘Buffet Table’ Baier and Martha Mc Stupid should be a wake up call for all patriots.  Fox has practiced just as much manipulation as any channel.

One must wonder why a successful business, such as Fox News before its self-inflicted epic fail, chose to fail.   Who are the drivers?  What is their motivation? Who is benefitting? Who is paying?

Its prime time line up: annoying parrot Hannity, churlish smug Tucker and mean angry Laura has been exposed as tedious and forgettable when other options are explored.

Greg Kelly – what a revelation.  Funny and smart.  The survivors at Fox News, mainly the Saturday and Sunday evening crews, would do well to quietly tiptoe out while they can, and negotiate fresh starts with OAN or Newsmax.

The rest of the members of Clownworld are well documented.  No need to list.  CNN, MSNBC, ESPN, ABC, CBS, NBC are really one corporation offering various flavors of excrement.  We knew it.  They knew it.  The difference now is the elimination of the one major opposition voice.

They all sing in groupthink that Orwell would find striking.

They think we are stupid

But really, when you are as clueless, disconnected, inward and deranged as the leadership on the left, you make plenty of assumptions.  You dismiss.  You demonstrate hubris.  Fox News for example thinks they can play a waiting game and their loyal sheep will come back.  Hubris.  Democrats and Leftist operatives think screaming insurrection and negativity about Trump in the present will eliminate his support in the future.  That’s just stupid.  In reality they have created a martyr because we know what they did.

They think calling claims of election fraud ‘conspiracy theories’ will make us less likely to bring it up.  Really really stupid.  We know it happened.  More and more confirmation will be established in the coming months.

They think they can yell about the 25th amendment and a 2nd phony impeachment and people will take them seriously.  This really is laughable.

They think we forgot that Drunk Nancy, Mad Maxine, Dopey Kamala and many others incited violence over the summer.  We have not.  It’s on tape.

The more they lecture us, the more strident they get, the more we can be sure they are wrong.

But I still wonder how it was possible, in those graceless years of transition, long ago, that men did not see whither they were going, and went on, in blindness and cowardice
― Ayn Rand, Anthem

Republicans, or What’s left of them…

Josh Hawley and Ted Cruz will be legends among free patriots.  Mitch McConnell, Kelly Leffler, Mitt Romney and others will not.  We may be seeing the end of the GOP if Donald Trump chooses to not save it.  He’s got decisions to make.

Lindsey Graham may be the most insipid, the most shameless, the most grotesque example of the kind of user that took Trump’s help freely and was ready with a back stab immediately.  At least Pat Toomey and Jeff Flake have been consistent.  All 3 are Big Dummies.

“Like all men who are fundamentally of the group, of the herd, he was incapable of taking a strong stand with the inevitable loneliness that it implied.”
― F. Scott Fitzgerald

It’s not about Trump

No.  Its not.  Its about abortion.  Our choice to descend into socialism or worse.  Redistribution.  The border and immigration.  Education.  1619 or 1776.  The Supreme Court.  The entire Bill of Rights.  Don’t get sucked into Mass Media Manipulation.  This is about very powerful interests controlling everything.

The backlash hasn’t started – not even a little – but its coming.

Look for Twitter and Facebook to decline and possibly go out of business.  Fox News as well.  Look for raucous politics in the coming years.  Look for Joe Biden to be removed from office.  Look for the congress to flip.  Look for states to threaten secession.  Look for massive rallies of patriots.  Look for shifts in key demographics to Trump political positions.  Look for Antifa and BLM to become more professional paramilitary organizations with China and Soros funding, but also look for them to be infiltrated by patriots and undermined.  Look for large multinationals to be boycotted by patriots for their collusion with the left.  Look for a powerful re-birth of freedom and liberty in the United States.  We may look back on the 2020 election steal as something that eventually had to happen to wake up patriots.  I am optimistic about the future.  The left will fail badly and patriots will unite and save America as an idea. 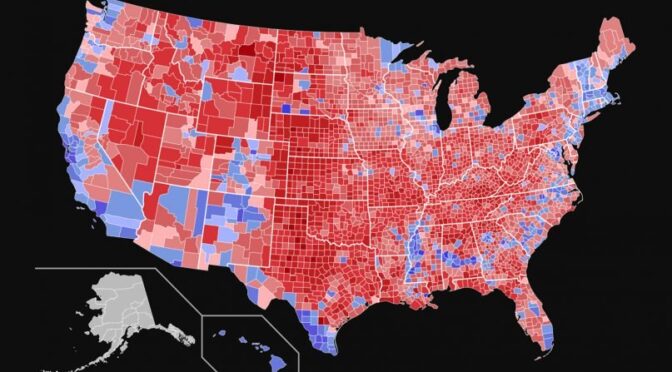 “You and I have a rendezvous with destiny. We will preserve for our children this, the last best hope of man on Earth, or we will sentence them to take the last step into a thousand years of darkness.”  — Ronald Reagan Oct 27, 1964

The choice is very clear. On the left you have Joe Biden, a 50 year politician with a vacant legislative record that served as Obama’s VP. On the right you have Donald Trump, a brash successful business man that has a record of accomplishment as President of the United States. It is a time for Choosing.

On the left they push an agenda of defunding the police and chant “no justice, no peace.” On the right the rule of law and law enforcement are supported and recognized as needed in a civil society for law and order.

On the left the Marxist Black Lives Matter movement marches in the street intermixed with destructive ANTIFA  elements destroying businesses and attacking people. On the right police organizations are trying to secure the peace along with National Guard and federal security elements to create space for lawful civil protests respecting individual rights.

On the left COVID19 has been weaponized to keep businesses and schools closed, to restrict public activities and to put Americans in masks. On the right mayors and governors are pushing to re-open businesses,  schools and sports to get  Americans back to work.

In Democratic run cities such as Portland, Seattle and New York City  mobs have taken control of the streets while their mayors defund police departments and order police to not engage rioters. Destruction of personal property, businesses and crime are souring. In Republican run cities calm, law and order are prevailing.

Democratic run states like California, Michigan and New York continue to mandate repressive laws restricting businesses from opening and denying individual rights. Republican run states like Florida, Ohio, and South Dakota are open for business and getting on with the business of America managing to mitigate the ChinaVirus.

On the left the Mainstream Media and Hollywood backs Biden. On the right the Forgotten Man and Deplorables back Trump. While the left screams for one false investigation after another, the right just drives on with the business of America.

While Biden campaigns from his basement with highly orchestrated scripted events and conducts interviews with a teleprompter, Trump  campaigns at an aggressive clip holding MAGA Rallies and interviews throughout the country.

America has reached a crossroad. Socialism vs. Constitutional Republic. Tyranny vs. Liberty. Biden vs. Trump.

America, It Is A Time For Choosing.