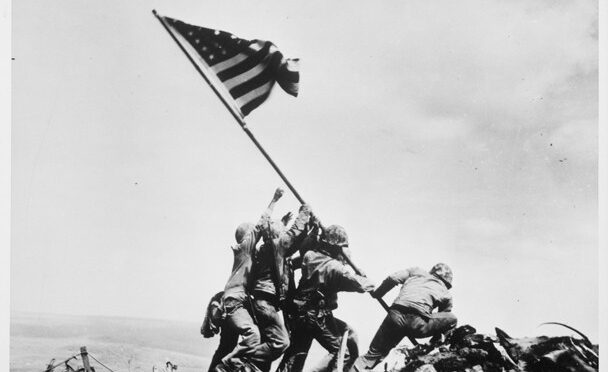 “America loves a winner, and will not tolerate a loser, this is why America has never, and will never, lose a war.”

Hiden Biden and Silly Milley Vanilli have proven the great general wrong in his prediction.  They left Afghanistan in a disgraceful way that the world will long remember and not soon forget.  Team Biden has now put American incompetence under a spot light for our global enemies to view with glee.

We are Americans, damn it and that is not us.  It is not how we do things.  IT IS NOT US.

What is happening now under this insanely incompetent mix of buffoons, miscreants and slobs IS NOT US.

Alejandro Mayorkas’ Department of Homeland Security, cultivator of a completely open border, destroyer of the Border Patrol, finger wagger to freedom seeking refugees from his own Cuban homeland IS NOT US.  He is a swampian leftist tool of the worst kind.  An insane Cueball, and bumbling contributor to the downfall of our country.

Non-thinking Antony Blinken: the worst possible Sec of State in the history of the Republic.  Makes bad plans, knows they are bad, anticipates they won’t work and does them anyway.  That’s him.  THAT IS NOT US.  That is the work of a career stooge.  A career coward.  A career incompetent.  A Bidenite!

Psaki?  No thanks.  Give me some Sake, though, please.   Peppermint Patti is the worst Press Secretary of all time.  The sarcastic, scolding enabled harpy that gleefully defends Grandpa Badfinger.  Psaki is NOT US.  She is the Stalinist’s pom pom girl.  But no – she does not represent America.  NO CHANCE.

The imitation First Lady is as much of a Doctor as Rachel Levine is a real lady!  Rachel may qualify as a ‘fat broad’ – heck, Rosy qualifies for that.  But back to Dr Jill, who is very guilty of Elder Abuse.  Washington DC social workers should be getting involved.  It’s a real problem.  But what else can be expected from a rough Philly chick.  Enough said.  Jill is not us.  Americans don’t like fake titles and don’t abuse our elders.  Pound sand, Jill!

Zuckerberg, Dorsey, Cooke, Bezos, Pichai have appointed themselves our digital masters.  We’ve been tolerating it.  Are you ok with this?  Will you continue to surrender your privacy and personal data for entertainment?  Will you continue to put yourself and your families at risk due to these Bidenites (see definition above) harvesting your information to destroy you later?  Do you understand that they are in league with China?  Do you understand you will soon receive a social score determined by their algorithm?  The Silicon Valley digital nerd-bidenites are NOT US.  We are Americans!  We do not steal from our neighbors!  We do not peek in our neighbors’ windows!  We do not enable election fraud!  Reject the digital nerd-bidenites!

Failing senior military officers are not us.  Generals used to win wars.  They insisted on it.  The last time it happened was the first Gulf War in 1991.  Clinton/W Bush/Obama and their enablers in the Swamp and congress wrecked the professional officer corps at the senior levels.  As George Marshall did before WW2, it may be time to remove all officers above O-6 and start over.  (credit to the Newt Gingrich podcast for that idea)  Fat, Woke, thick headed, Stalinist Generals ARE NOT US!!  American Generals win wars!  30 years of GO’s have not.  We don’t want you!!!

Fondly do we hope ~ fervently do we pray ~ that this mighty scourge of war may speedily pass away. Yet, if God wills that it continue until all the wealth piled by the bondsman’s two hundred and fifty years of unrequited toil shall be sunk and until every drop of blood drawn with the lash shall be paid by another drawn with the sword as was said three thousand years ago so still it must be said ‘the judgments of the Lord are true and righteous altogether.

America is virtuous and righteous.  As Lincoln pointed out at the time, the barbarism of the Civil War was enough.  The death, the destruction was enough and that God’s divine hand was part of it.  Those that seek to perpetuate the wrongs and make a living off of them must be stopped.  Bidenites live off of racism.  They get paid for encouraging it and then profit off of its misperception and the media seals who advertise it.  Reject the Bidenites!  Americans love their fellow Americans and are the most charitable people on the planet.  Reject the lies of the Bidenites.  We are 160 years on from the end of slavery.  Its OVER.  We are moving on.  Get a life, Stalinists.  We know what you have done with racism.  We know.  We all know.  The Trump Grand Coalition proves how wrong you arseholes are.  Its made up of blacks, whites, gays, Asians, blah blah blah – you name it.  They love Trump because he loves and defends the interests of Americans, not the diseased swamp.

“Freedom is never more than one generation away from extinction. We didn’t pass it to our children in the bloodstream. It must be fought for, protected, and handed on for them to do the same, or one day we will spend our sunset years telling our children and our children’s children what it was once like in the United States where men were free.”

Frauds like lying Fauci don’t want us to be free and may in fact be in in cahoots with the ChiComs who have used the capitalist system to undermine us.  Money is being paid to undermine America.  Sometimes overtly like in the NBA which now employs communist propagandists like Popavich and LeBron James.  Sometimes silently but obviously as with China Joe and Hunter.  Sometimes in surprising ways as we are now learning with the Chinese lab and Fauci’s Gain of Function research.  We now have District Attorneys across the large metros of the United States installed and paid for by Soros/China – happy business partners.  Reagan’s warning/ forecast is coming true right in front of our faces.  We are Americans!  We do not take payoffs from Chinese Communists!!!  Fauci/Soros/Popovich/Lebron – you are not us!!!!  No you are not!!!  You are engaged in espionage in plain view.  We do not want you!

I remembered some people who lived across the street from our home as we were being taken away. When I was a teenager, I had many after-dinner conversations with my father about our internment. He told me that after we were taken away, they came to our house and took everything. We were literally stripped clean.

Now George cares more about being woke and a gay activist than the real lessons of the history he lived.  George knows deep down that it was the democrats that imprisoned and took away everything his family owned.  He knows.  His life is proof of what they are capable of.  George really knows.  The democrats want to control us.  They want to imprison the uncooperative.  The Bidenites like what the ChiComms are doing to the Uighurs.  They do not talk about it because it’s a warm up.  Its one big happy family.  Crazy Aunt Nancy knows this.  Cryin Chuck knows this.  China Diane Feinstein used to know it before she lost her marbles.  The dems know.  Its their plan.