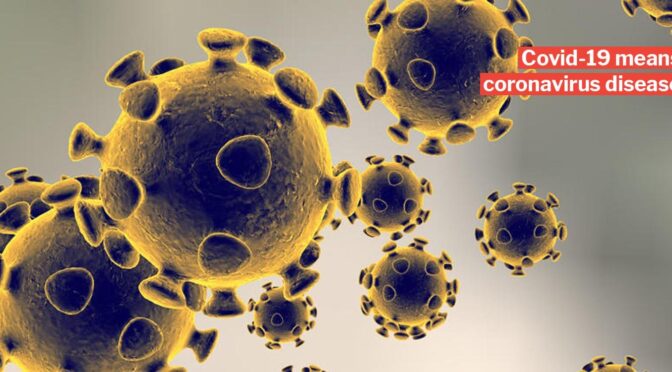 Dateline Daily Tracker by The 53rd Regiment Editorial Board

27 May 2020. American society remains under “masked” conditions, whether needed or not. COVID-19 is proving not to be much more dangerous than the flu. Democrats in Congress and state governors are now using the WuhanVirus to continue to keep the economy lock downed, destroy voting in person and introducing massive fraud through mailing in ballots. The last three years have been nothing short of power games by democrats to destroy President Trump at all costs, country be damned. Pelosi, Schumer, Schiff and many others are complete frauds and their actions are destroying the fabric of America. Meanwhile, China positions itself to become the dominant economic power after unleashing the WuhanVirus consistent with the China 2025 Plan. China is also seizing full control of Hong Kong violating the terms of the treaty with Great Britain. A new Cold War is underway, and has been for a while. However, China will be quickly off balance once President Trump makes his move. Watch closely.

16 May 2020. The madness continues. Speaker Pelosi and Democrats passed a $3 trillion dollar bill in the House yesterday under the cover of support to Americans but it is a wish list of leftwing causes and interests. It is dead on arrival when it arrives in the US Senate. $3T, these people are insane bankrupting the next generation of Americans. Meanwhile, democratic governors continue to extend Stay at Home Orders unilaterally (MI, CA, NJ, NY, PA) further tanking the US economy hurting Americans so clueless Biden has a chance vs President Trump (Biden has zero chance BTW). #WuhanVirus cases are subsiding in the US. Overall 1.4M cases in the US with over 85K deaths. However, people with pre-existing conditions are rolled up in these numbers and most of the people that have died are over 70.

3 May 2020. Some states are starting to open back up loosening restrictions on businesses and people getting together, long overdue. The Wuhanvirus has now resulted in over one million Americans infected and over 66K deaths. China continues to lie and attempt deception to the rest of the world. President Trump is stating they will be held accountable. We’ll see but the question remains, why? China has a goal of becoming the dominant world economic power by 2025. Was releasing this virus on the free world part of their strategy?

27 April 2020. This is the only thing that makes sense about the free world putting their economies into a death spiral to saves millions of lives, Chinese #BioWeapon. Worth the read. https://youngconservativeleadersofcolorado.com/deep-state-reveals/

23 April 2020. The Wuhan Red Death virus continues to plague the country and the world. There is much more to this epidemic that ultimately will become public. The world and countries do not shutdown for a variant of a flu virus. The truth will set us free. China needs to be held to account and they have demonstrated once again they are not a responsible world actor, quite the contrary. They are communists, is this really surprising? They have been lying and cheating their way to prosperity for decades. President Trump, no more platitudes about your friendship with President Xi. He has proven himself to be a criminal on the world stage. The US has nearly 900K cases of the Wuhanvirus and nearly 48K Americans have died.

18 April 2020. Pressure building to reopen the economy. The COVID-19 Task Force and Trump Administration has developed a phased rollout to get us going again. Some states led by Democratic Governors (MI, VA, MN) are resisting allowing businesses to reopen May 1st. Citizens are getting pissed, rightly so. Meanwhile, it’s been confirmed by the US Intel Community that the Wuhanvirus came from a Chinese Biological Lab in Wuhan, not a “wet market.” Question remains whether release was planned or happened due to poor control measures inside the Lab.

15 April 2020. If you were a sophisticated enemy of the United States and the Western World, a pandemic that destroyed industries, devastated economies and scared citizens to accept authoritarian rule would be a way to initiate combat without ever firing a shot. The pandemic distracts governments and causes them to focus internally while redistributing military force to domestic needs. Is this what China has really orchestrated with the Wuhanvirus? China’s first shot fired is a virus killing innocents, jobs and freedom. Democracy is on the run. China has been positioning for this moment for 30 years. America gave China our factories, our intellectual rigor sharing knowledge & research from our university system and we have been rewarded with spite and a rampant disease. China has crossed the rubicon and America’s strategic moment has arrived.

10 April 2020. It is Good Friday. As a family we attended Holy Thursday mass last night online. America on lockdown continues  to avoid the Chinavirus spreading. Over 427K people in the US have the virus and 14.7K Americans have died. The epicenter continues to be NYC but it does appear to be slowing there. CDC issued a No Sail order to the cruise industry yesterday. Huge parts of the economy have been shuttered. Over 17 million Americans have applied for unemployment checks since this started some 25 days ago. One forecast has unemployment spiking to over 20% before this is over. Schools, professional sports and any event that results in large gatherings continue to be canceled.

3 April 2020. Getting agitated. This house quarantine shit is getting old. We cannot let the American economy be destroyed by China or Democrats who wish ill upon Trump and his administration so they get political advantage. Shame on them making political hay out of this. THIS IS NOT PATRIOTIC, NOT AMERICAN. China needs to be held to account. This biological agent they likely lost control of is supercharged to kill. The Western world needs to wake-up and Europe needs a serious case of balls because they are wimps. Time for America to get back to work and be smart about socializing, working and not spreading the virus. We have never shutdown our lives like this. Let’s get back to work. Let’s publicly call out China. Let’s bring our factories and our jobs back home. This is a strategic moment. Let’s win. Let’s seize the day. Let’s kick some ask and take names. Let’s fight!

1 April 2019. US death toll has now exceeded 4K Americans, over 1K in the last 24 hours. This is sad and unexpected. NYC remains the epicenter but we are not expected to peak until ~Easter Sunday. Country remains in the lockdown mode. Many of us remain suspicious of the origins. This has spread way too fast, way too far and way too quickly for nature. China is lying their ass off. USG likely knows much more but holding back until this bio-like-weapon is arrested. Stay plugged in to the 53rd Regiment. Working sources, problem set now. Do yourself a favor, ignore #MSM, especially CNN and MSNBC, highly corrupted sources of the news. Journalistic integrity below zero.

29 March 2019. Attended virtual mass again today. This time I watched online live. Last week it was a recording. Social distancing and selective self-quarantining is to avoid spreading the virus. NYC continues to be the hardest hit, which makes sense based on population density.  President Trump meeting with corporate CEO to push them on logistics support and manufacturing of masks and respirators. Corporate America is rallying to support the needs of American people in this health crisis.

28 March 2020. Death toll in the US has now exceeded 2K, sadly. New York City and the tri-state area is struggling the most with increased cases, over crowded hospitals and some equipment shortages such as respirators. GM and Ford automotive companies are now partnering with healthcare companies to make respirators, not quick enough based on the need. There are now over 121K cases on the coronavirus in the US and over 650K cases in the world. Social distancing has undoubtedly helped but the virus is still spreading. China is likely under reporting their coronavirus case load and fatalities. Probably 3 – 5 times higher. Keep praying.

24 March 2020. While President Trump guides the nation through this unprecedented crisis, Speaker Pelosi and Minority Leader Schumer play politics incorporating social engineering, Green New Deal and other anti-democratic socialist initiatives into the Coronavirus Bill designed to provide economic security to Americans and US companies. It is absolutely disgraceful and once again the Democratic party demonstrates they are not fit to lead; no answers, no solutions, just politics.

21 March 2020. First day of spring under semi-self quarantine conditions. Working from home, no gym, limited shopping trips focused on necessities. Today marks day 6 of 15 where it is recommended that people stay inside and avoid groups exceeding 10 people. Mass is also canceled in in most diocese throughout the country. President has authorized the FDA to explore using  chloroquine to treat Covid-19 coronavirus. It has shown some promise in clinical trials. Chloroquine is commonly used to prevent malaria. The Main Stream Media (MSM) continues to fuel anti-Trump hatred creating a false narrative, scaring the American public and using this pandemic to weaken the President’s prospects for re-election. Alternative media sources like the @the53rdregiment are proving to be invaluable in covering the news that matters.

19 March 2020. While Americans are suffering with fear of coronavirus; loss of wages and employment; and savings and college funds being wiped out, the Democrats have established a “war room” to attack President Trump. Far from being a unifying, calm , responsible party,  Zac Petkanas, a former adviser to Hillary Clinton and Sarah Chase, a former research associate for the presidential campaign of Sen. Elizabeth Warren, have joined forces to attack Trump. Patrick Devlin, former Communications Director for Majority Whip James Clyburn, D-S.C., will serve as an adviser to the war room to orchestrate fake news. Democrats continue to drive Trump hate and division across the country. Democrats once again lead with division. Democrats =no answers, no solutions, not fit to serve.

18 March 2020. Lead, follow or get the hell out of the way. This is no time for politics and partisanship. We are all Americans, act like it! Get behind President Trump Democrats. Focus on saving American lives and helping Americans who have lost their jobs. Help those in need. Pray. We need spiritual guidance and the Lord’s help.