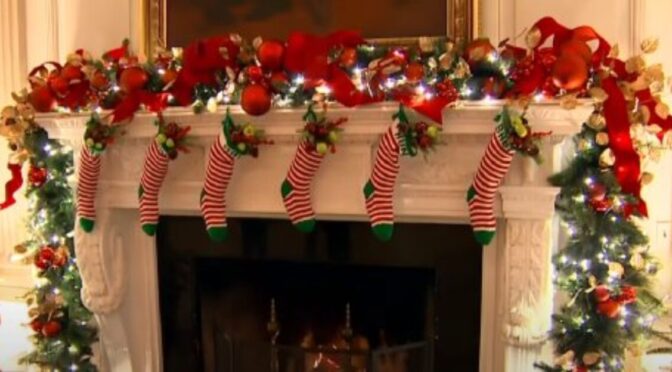 By BlackJack Pershing, @Blakjakpershing on GETTR

Merry Christmas to all patriots and readers of these fine articles on the 53rd Regiment.   It’s a pleasure to be a regular contributor!

It is time once again to do our Christmas Shopping for the weak, the lame, those with poor self-esteem, those with halitosis and incontinence.  Yes, in other words, the leftists that populate our existence.   As in years past, we will pick out a few modest stocking stuffers for these poor souls.  I don’t know about y’all, but when I was coming up, sometimes mom would put a few small things in our stockings to compliment the larger haul of gifts under the tree.  We’ll do that for our sad sack doofus friends on the left.

For Madam Speaker Pelosi we’re going to go with a nice pint bottle of discount vodka, let’s go with Smirnoff.  We believe the best gifts are practical – and we know this one will be put to use immediately.  She’ll need another one pretty quick so maybe we’ll go with 2….maybe 3.  Um.  10 it is.

For Liz Cheney we are going to go with a simple form that will assist her in changing her party affiliation to democrat.  Let’s face it – its over for Liz, for her old man, for Bushworld.  OVER.  A certain bigly president woke us all up to the decades of failures and mediocrity delivered to us by Liz and her ilk.  Maybe we’ll throw in some GasX tablets for Liz.  Her Jan 6 Committee mates have been complaining….

For Chairman Xi we are going to go with a nice newly funded concentration camp for his political prisoners, which is a growing population.  He’ll be so happy.  Chinah Lebron and the NBA have agreed to pitch in.  Since we can’t fit this one in a stocking we’ll throw in a bean burrito from Taco Bell, which we hear the Chairman is partial to.

For China Mitch McConnell we’re going with a jawline exerciser and double chin reducer for obvious reasons, but we’ll also throw in some chapstick which he needs after schmooching Cryin Chuck’s arse more than Kroger’s own, Mrs Mitch, Elaine Chao.

For Hillary we are going with a gift certificate to get a liposuction on her growing derriere.  It’s not her fault – there’s just nothing to do but sit around when your full time job is not being president.

For AOC and the rest of the Squad – its hard to shop for these gals, and really, Senator Manchin has given them the greatest of gifts, a prize package of ‘NO’ shoved up their collective keisters.  But they could probably use some Kleenex, so we’ll get them those small packages of Kleenex they can keep in their expensive purses.

For Bette Midler we’ll get her a good laxative to help her clear her toxic addled mind.

For Jake Tapper we’re going with a nice gift certificate for a defense attorney.  He’s going to need it as more and more of his colleagues are exposed as pedophiles…..he’s involved.

For General Milley a command referral to the base medical department to be put on a managed diet and PT program indefinitely, followed by an other than honorable discharge for dereliction of duty.

For Antony Blinken a beanie with a propeller on top to make him stand out more, in a sea of losers and incompetents.

For ‘Doctor’ Jill we’ll go with rubber gloves and wet wipes, lots of them.  In addition to being First Lady, being the special assistant to POTUS on Poo Poo is a tough job, requiring quick action at a moments notice, 24/7.  High stress dookie clean up.  Jill deserves our compassion and respect for taking on this tough ‘duty’.

For Chris Wallace, Bret Baier and Martha McCallum: each gets a paper bag to wear over their head in perpetuity for ruining Fox News, helping to throw the election and claiming to be ‘news’ people, when we all know they are democrat shillls.

For Fox News: free classes in ‘how to do this’ from Newsmax, lead instructor Greg Kelly.  Yes – likely a waste of time, but we’re being hopeful in the Christmas season.

For Emmanuel Macron and Boris Johnson, we will provide them with nose plugs and wet wipes they so desperately need after spending quality time with China Joe over the summer.  Said of the POTUS’ flatulence? ‘It was long and loud and impossible to ignore!’  We all know.

For George Soros we’ll see if Hillary’s butt liposuction guy can do something for those horrific eye bags on old George; it’ll be hard to undo what 90 years of being evil has done to that mug of his.

For George W we’ll provide him a ‘secure undisclosed location’ to hide in – to hide from – his shame and infamy – for equating Trump supporters with terrorists.  This guy has really descended into the democrat septic tank and made it his home.

For Bob Woodward we will deliver a large tanker truck full of Lysol disinfectant to spray at him all in one go.  It may not work, as he really is the most noxious creature in the swamp.

For Stacy Abrahams, there really is only one thing to make her happy, and that’s a free pass to Waffle House.  Our apologies to which ever one she goes to.  Have the bathroom cleaning crew on standby for a big cleanup after Godzilla does her bidness.

For Whoopi Goldberg, we are way past any real attempt to get the weight under control so we’re going to throw gas on the fire and send over a large rack of ribs, plenty of BBQ sauce and her favorite sides.  Why be so nice to her?  Because while she’s devouring all of it, she will STFU if only for a short time.

The Joys: Reid and Bejar: to you both we send tickets to the O’Reilly and Trump speaking tour.  You’ll either be converted or go insane – both options acceptable.

For CNN we have a big stocking stuffer: a prison bus to assist with transporting your staff to where they need to be.

For Don Lemon: hand sanitizer and lots of it.  We all know why.

For Kamala and Mayor Pete, both of whom should be helping Dr Jill with diaper duty, more rubber gloves and wipes.  They can pitch in while they are waiting for the inevitable.  Coin toss to settle the big question when it comes.

For the Biden Crime Family we offer front row seats at their upcoming congressional hearings once the Republicans re-take the House.

For all patriots I send good thoughts for a very Merry Christmas despite the current challenges.  Laughing helps!   We will prevail and America will recover.  God Bless all of you.

One thought on “Christmas 2021: Stocking Stuffers for Leftists, Elitists, Losers and Louses”