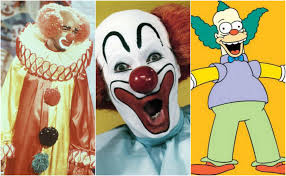 As the phony Russian dossier and collusion loses steam,  the press pushes a new false narrative that the president has dementia, or early onset Alzheimer’s disease or some other psychosis that would build the case to remove him from office. Once again, the press was very disappointed with the results when Dr. Jackson explained the  cognitive exam he administered on President Trump resulted in a perfect score of 30 out of 30 questions answered correctly.

Here are a few of the “serious” questions asked by the press in the Clown Car during yesterday’s press conference:

ABC News chief White House correspondent Jonathan Karl asked, “Can you explain to me how a guy who eats McDonald’s and fried chicken and all those Diet Cokes and who never exercises is in as good of shape as you say he’s in?”

“Does the president watch too much TV?”

“Is he limited to one scoop of ice cream?”

“Did you address drug addiction?”

Much to the Clown Cars disappointment, President Trump is in “excellent health.” However, this hasn’t put their narrative to bed as they continue to question Dr. Jackson’s exam, the president’s health and his fitness to office. The only thing slowing the clown car down on this topic is #shithole gate which is the presses new foil for Trump being a racist. Clown Car madness continues.

On a more serious note, there are a few Clown Car questions:

One thought on “The Clown Car is Rolling”