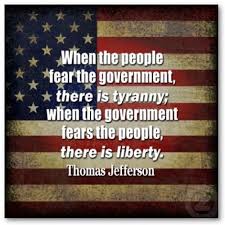 While the democrats accused President Donald Trump of colluding with the Russians in his 2016 election campaign and then covering it up, the infamous Mueller investigation found no collusion and no obstruction. This investigation was triggered by the phony dossier created by the Clinton Campaign and then used by the Intelligence Community (IC) and the FBI to justify FISA warrants to surveil on the Trump campaign and Trump Administration. Since these early days the democrats have weaponized the IC, partnered with Mainstream Media (MSM) and leveraged Deep State bureaucratic operatives to attack the Trump presidency. They have been relentless along with their IC, FBI, MSM and Deep States accomplices.

The Resistance Campaign that democrats proudly tout, was originally founded by the Russians and seeded through their funding on platforms like Facebook & Twitter. It has served to fuel division within America  driven by the democrats thirst for power at any cost, to include undermining American values and the votes of 63 million Americans. The Russian agents undermining America are the Democratic Party, democratic representatives, MSM, the weaponized IC and Deep State bureaucrats. Let’s examine the evidence:

2. Chairman Adam Schiff is conducting the Impeachment Inquiry through the Permanent Select Committee on Intelligence so his predetermined outcome can be orchestrated in the cover of darkness excluding due process and Republican Party witnesses.

3. Hours before President Trump released the transcript of his phone call with the Ukranian president, Representative Schiff opened a public hearing on the matter by reading a false transcript of the call that Schiff and his staff fabricated. This was read on live TV to open the hearing intentionally deceiving the American public.

4. The President of CNN, Jeffrey Zucker, orchestrates the days news through a 9 am conference call each day where he advises his news shows and programming to attack Trump 24/7. Objectivity be damned, get Trump.

5. MSNBC has hired Deep State leader/operative John Brennan, former Director of the CIA, to help program their attacks on Trump and his administration. Brennan, likely one of the main architects in the attempted coup de tat of removing President Trump (along with James Comey), helps the Deep State stay on the attack while the democrats and MSM work to undermine Trump’s Administration.

While the democrats and Deep State resistance bad actors relentlessly attack our president, they have fully under estimated President Trump and those who elected him. President Trump fights on his terms, not swamp rules. 63 million Americans have joined forces with President Trump to preserve and defend our constitution and the American way of life. President Trump has America’s back and we have his. #KAG