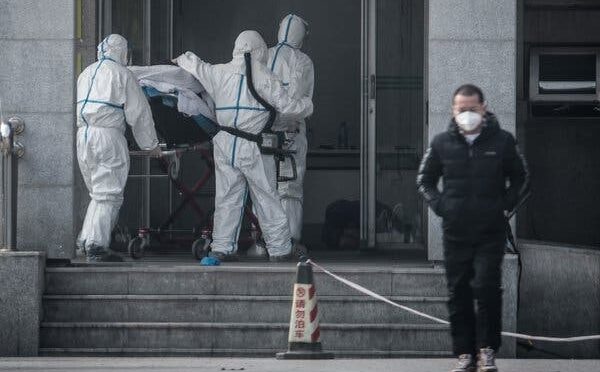 â€śThe supreme art of war is to subdue the enemy without fighting.â€ť
â€• Sun Tzu, The Art of War

China has yet to apologize or offer compensation for the virus they have unleashed on the world and their own people. While there is some uncertainty on the origins of this coronavirus strain, it does appear it originates out of a military lab in the city of Wuhan, hence it being referred to as the Wuhanvirus. The question remains open on whether the Chinese were developing this virus as a biological weapon. The Chinese continue to refuse letting global medical experts in to help likely because they have something to hide.

China is now putting out false propaganda blaming the U.S. for the Wuhanvirus while also crediting the leadership of Chinese President Xi Jinping for containing the virus. Â Over 80,000 in China are infected, close to 6,000 deaths worldwide and 150 countries are dealing with the Wuhanvirus Global Strike. This has resulted in the World Health Organization declaring a pandemic. The communist government of China puts out propaganda to their citizens while the threat grows worldwide.Â

President Trump has taken extraordinary action in the United States declaring a national emergency which allows the federal government to marshal all necessary resources to counter this biological threat to human life. Congress is now working on a spending bill to secure the resources to fight the pandemic. President Trump has shown tremendous leadership organizing the governments response; embracing private sector support; eliminating travel from China and Europe and adjusting the US response to meet specific needs as they are identified. This is unprecedented pandemic that calls for the United States to lead at home and abroad.

In the US and worldwide schools have been closed, businesses are stopping or reducing operations and supply chains have been dramatically disrupted. NBA, NHL, MLB and March Madness have either been suspended, postponed or canceled. Because of the unpredictability of the Wuhanvirus spreading, social distancing protocols have been implemented to arrest the spread. The health sector is ramping up to deal with this crisis.

While the US media attempts to help the democrats politically by relentless attacking President Trump, he’s focused on the task at hand standing up a Task Force and updating Americans daily. Meanwhile, China the source of the virus, is largely being held unaccountable for this global epidemic by the US media and democrats. This is not a time for politics but a time for the country to unite. China see’s division in the US and they are exploiting it, as they have been doing for decades until Trump arrived.

Trump understands China’s long game and how they have been exploiting the US in trade, currency manipulation and stealing our technology. Now Americans and the West have their eyes wide open as China’s irresponsible behavior has devasted the global economy killing vulnerable citizens on every continent. “The supreme art of war is to subdue your enemies without fighting.” Is China foreshadowing their strategy?

Let us know if you liked the post. Thatâ€™s the only way we can improve.
Share your vote!