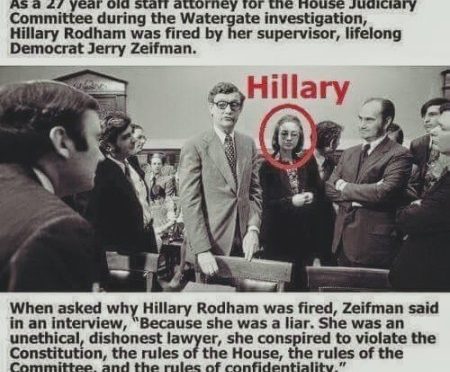 In the 1980 presidential race Reagan vs. Carter, Reagan confronted President Carter on a phrase he invented called the “The Misery Index” which combined the unemployment rate added to the inflation rate. After four years of President Carter, The Misery Index exceeded 20% capturing the poor state of the US economy. We have a new index in the Trump vs. Clinton presidential race, the Clinton Criminality Index.

The elements of the Clinton Criminality Index (CCI) includes the establishment of a private server to conduct government business (Unauthorized Server) and 33,000 missing government emails; compromise of countless amounts of classified information on her personal server (Failure to Protect Classified Information); using her position as Secretary of State for personal profit and gain selling access to several US government officials for massive donations to the Clinton Foundation (Pay for Play); failure to secure US embassies and facilities overseas and lying to families about a low-grade video being the cause of death for an attack in Libya that resulted in the death of four Americans including our Ambassador (Benghazi); and last but not least, condescension & deceit directed toward the American public as her normal course of holding office and executing her duties as a public servant (Condescension & Deceit).