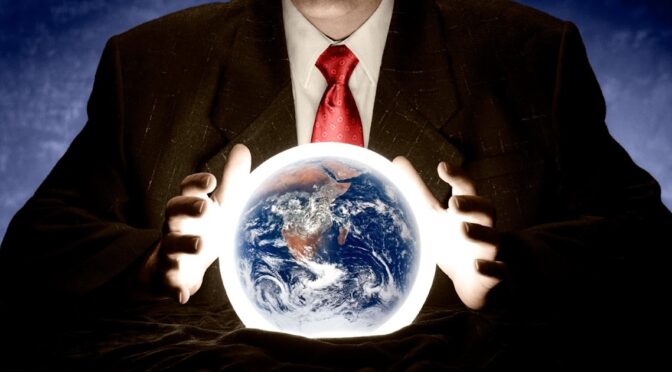 By Blackjack Pershing @PershingSoldier on Twitter, @BlakJakPershing 0on GETTR and @BlackJackPershing on Truth
Fellow patriots it’s time for our annual look forward – our prognostications for 2023.  More exciting than Nostradamus, more accurate than Jean Dixon and more entertaining than watching Chris Christy and Alexander Vindman fight over a fresh box of Dunkin Donuts!!
Onward – here are our best predictions for 2023 using a proprietary method known only to the staff of The 53rd Regiment and certain members of the Knights of Malta.
Adam Kinzinger will be rejected by the Fake News as a commentator.  Gets a job as a Drag Queen Story hour scheduler in a Chicago suburb.
It is revealed during hearings on the Hunter Biden debacle that Hunter had affairs with Cher, Joy Bejar, Bette Midler and Rob Reiner.
Elon Musk will delegate the leadership of Twitter to a reliable 10th grader from one of his children’s high school.  Once the technical issues and business model are fixed, he will announce that day to day there’s just not much to do.
Mitch Romney will announce that he is transitioning.  Lyndsay Graham will announce he already has.
Michelle Obama will host a wide-ranging press conference in anticipation of a presidential run.  Topics covered with include the Floppy Mike controversy and the related death of Joan Rivers.
George Conway, husband/wife of Kellyanne, will join the world of competitive eating in what many will consider a long overdue ‘no brainer’- he will enjoy notoriety after defeating Kobayashi in the 2023 Nathan’s Coney Island Hotdog Eating Contest
After sinking further to previously unknown levels of irrelevance and detestability, Bill Kristol will finally self-actualize and become spokesman for Vladimir Putin.  The money will be better than what he gets from the DNC and the food and booze at the Kremlin will grow on him.
Paul Pelosi, or Hunter 2.0 as he now calls himself, will take the first of many trips to Ukraine as an alleged peace broker.  He will have an unknown guest with him.
In a provocative move, Liz Cheney will pose for a nude spread at Playboy, Inc, which will finally drive that relic out of business.  Undeterred, Liz will set up her own only fans account.
Klaus Schwab will announce that he will move to Sleepy Joe’s Delaware beach house and continue to enjoy his semi-nude beach walks there, while advising Dr Jill on the best globalist wipes for diaper duty.
Amy Klobuchar and Liz Warren will star in a remake of the 60’s television series The Mothers-in-law
The Lincoln Project will openly lobby for the legalization of pedophilia. Simultaneously Biden will issue proactive pardons for all potential charges of pedophilia against Lincoln Project members.
Stacey Abrams will replace Whoopi Goldberg on the View; while not quite as ghastly and beastly as Whoopi, she will commit to putting in the work.
John Brennan, Frank Luntz, James Clapper, Michael Hayden, James Comey and Ron Klain will be arrested for public indecency at a rest area off of I-95.  Quick pardons will be issued from Biden as the MSM refuses to cover the story.
In related news, General Milley will announce the entire Navy is transitioning and remind the nation that the Navy was ‘trans from the beginning and that being trans is in keeping with our finest military traditions!’
Alexander Vindman will be revealed to be the long-suffering wife of Senator Charles Schumer as he files for divorce.
Citizens of Arizona will begin a movement to get their rightfully elected Governor in office.
John Fetterman will be revealed as a DNC clone experiment gone awry.  Meant to be one of the many standard Biden Clones used for the presidency, Fetterman was one such clone that went bad as he was being hatched.  DNC leadership decided that the nitwit dems in PA would embrace him, along with a nice sprinkling of election fraud.
Those are the current prognostications, fellow patriots.  You are invited to leave your own in the comments below!
BJP

One thought on “Psychic MAGA Predictions 2023”