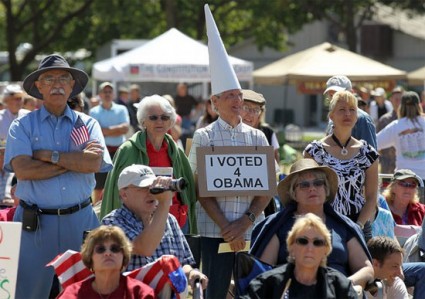 You may be aware that in March of this year The 53rd Regiment published its inaugural Big Dummy Awards, to memorialize the major accomplishments in Horse’s Assery from the previous year.

You can find that article here:

Well, in these fast moving times, it seems that an annual Big Dummy recognition just isn’t enough. They just keep emerging like Zombies in Night of the Living Dead. A long relentless stream of Dummies. Mindless hoards.

So we’ve decided another batch of Big Dummy Awards are merited and must be published. So with no further ado, here are your second batch of 2019 #BigDummies:

LTC Vindman: An Officer and a Marshmallow-Man. Soldiers are soldiers. When they attempt to be anything other than a soldier, the risk getting themselves in unfamiliar and dangerous territory. Soldiers are by nature non-political. When soldiers become political operatives, they are betraying their professionalism. It is very simple. This is one LTC that has lots on his mind, but most of it is not about the fighting effectiveness of our military. He’s become a pawn, a useful idiot for the DNC, and obviously a donut fed hack. Sad. A tragic Big Dummy.

Adam Schiff: has intellect, but his actions betray a lack of strategic thought. His choice of a complicated and elaborate hoax to hang an impeachment on is unworkable. Hanging his career on this kind of sleaze? Stupid. Another Big Dummy.

Nancy Pelosi: previous thinking on her was that she was strategic and crafty and would not allow an unprofessional farce to unfold. She folded. For caving in to the worst element of the DNC in hopes of preserving her power, she is, obviously, a Big Dummy.

Anthony Scaramucci: what a sad mess. The massive indignity of this individual is nauseating. Gets a shot at a key administration role, blows it in the most public way, waits a bit, asks for his job back, doesn’t get it due to proven incompetence and then goes on a disloyal tear, right into the open arms of the #FakeNews. It is grotesque. But as if to throw even more slime on the pile of garbage he is, he embraces Mitt Romney as his chosen savior. He is a pathetic, sad, disgraced, sniveling Big Dummy.

George Conway: So. Your wife lands one of the most powerful assignments in politics/government. She is successful and trusted by the President. What do you do? Repeatedly take to Twitter to bad mouth her boss. By any standard, in any circumstance this pantload is an extreme Big Dummy. Seriously. Who does that?

The UAW: leadership full of thieves puts the members out on strike for dubious purposes as an obvious distraction from the fact that the FBI keeps arresting key officials. The UAW and other US unions haven’t grown up, haven’t modernized and refuse to help those who need it most. Big Dummies.

ABC, CBS, NBC, CNN, MSNBC Executives: previously we called out jeff Zucker as the most obvious buffoon of this bunch, but now due to the good work of Project Veritas, we know that bias is the least of their issues; criminal negligence and political targeting are now their mission. Evil? Yes. Possibly illegal? Maybe. Big Dummies All? Absolutely.

Rashida Tlaib: Rashie is the 2nd member of the so called Squad to make this list, following the literally no brainer decision to add in AOC on the first outing. While Ilhan Omar is evil, we are not convinced she’s a dummy. And the 3rd member is elusive – Elvis’s grand niece – what ever her name is. But we have enough data on foul mouthed, low brow Rashie. Always yelling, always angry, always with attitude, this slob is an ungrateful bitter, hostile, HANGRY Big Dummy. Case closed.

Robert DeNiro: how do you ruin a respected career in which most of the public respects your work and you have broad appeal? Share your stupidity. Very simple. Big Dummy Bobby has sown America his shallow vulgarity repeatedly since the election of Donald Trump. Note to all other famous people: this is not how you want to go out. Very very sad.

Gillette: an iconic brand decides to go woke in its advertising by lecturing men about their behavior. Attention marketers: you don’t need an MBA; just don’t be a Big Dummy.

Amy Klobucar: Just a loud mouth slob who ate a salad with a comb and is mean to her staff. Low grade Big Dummy.

Elizabeth Warren: communist and a Big Dummy, because she says she is a capitalist, but is most obviously a communist. And a Big Dummy.

Eric Swalwell: not quite Beto, but almost. Has any Big Dummy ever had such a high opinion of themselves? High confidence bolted to a low IQ and zero self-awareness always delivers an Epic Big Dummy. That’s you Eric.

Mitt Romney. Where to begin. He’s alternatively an arse kissing fool, a money begging idiot, a blue state liberal, a losing loser, and most recently we find out he is ‘Pierre Delecto’. While all of that is bad enough, the worst tendency this sad excuse for a republican exhibits is courting favor with the Fake News by regularly bad mouthing our President. Big. Dummy.

The NBA, Steve Kerr, LeBron, et al: did we ever think in our lifetime we would see noteworthy Americans openly support Red China as it cracks down on Hong Kong, all the while bad mouthing patriots that point to oppression? It is surreal. Like paid actors, LeBron and Kerr led the way on this, clearly putting their own wealth before liberty and freedom. They are lower than low. We believe they are low more due to lack of education than maliciousness, so therefore, they are now pronounced, Big Dummies.

Well Patriots, that’s allotta Big Dummies and we haven’t even scratched the surface. Look for another Big Dummy update during the Christmas Holidays – always a good time to reflect. Your own Big Dummy additions are welcome in the comments below.
BJP