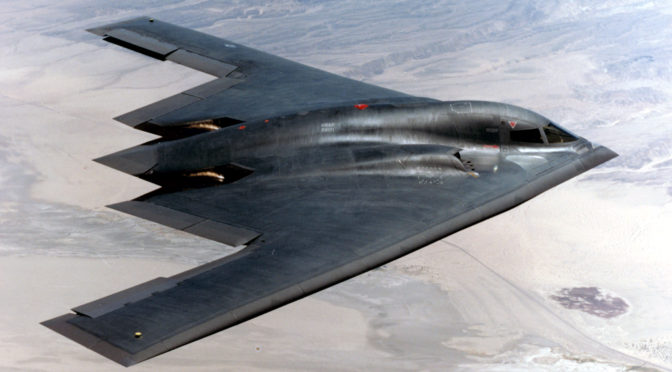 Are you familiar with the ‘red pill’ ‘blue pill’ memes currently popular on social media?

From Wikipedia: The terms, popularized in science fiction culture, are derived from the 1999 film The Matrix. In the film, the main character Neo is offered the choice between a red pill and a blue pill by rebel leader Morpheus. The red pill would free him from the enslaving control of the machine-generated dream world and allow him to escape into the real world, but living the “truth of reality” is harsher and more difficult. On the other hand, the blue pill would lead him back to stay in the comfortable simulated reality of the Matrix.

Red Pill Kanye has arrived and we welcome him with open arms. We wondered if in our lifetime black culture in the US could ever bust out of the norms created in the 60’s by Johnson’s Great Society train wreck. It was slow in coming. Bill Cosby did a little of it before his perversion was revealed (Bad Pill Bill!). Condi Rice. Colin Powell before he went bad. Herman Cain before he imploded. Remember Alan Keyes? Roy Innis, who famously knocked over the fat version of Al Sharpton on the Morton Downey Jr. show in the 80’s, and who’s son Niger carries on his tradition. Clarence Thomas. LTC(R) Alan West. A handful of great African American conservative congressmen. Not many though.

But here comes Kanye, and due to his formerly strong affiliation with the Stalinist left, the ongoing red pill explosion is wonderful to watch. At first we thought- ok – he’s giving a little up to Trump due to their friendship. Then came the tweets of Thomas Sowell and the meetings with Charlie Kirk and Candace Owens.  Biggest shock of all? An apology for saying George W Bush hated black people. Chance the Rapper screwed up and crawled back into his hole after being supportive “black people don’t have to be democrats’. Not Kanye. He’s tripled down. Fellow deplorables let’s enjoy this while it lasts. I wonder if his conservative Father-in –law Bruce/Caitlyn Jenner had anything to do with this conversion?

Trump is now clairvoyant. He called it. He skipped what turned out to be in his words a ‘complete disaster’. Trump does the uncomfortable knowing that in the end, style points and socializing with phonies won’t get results. He won’t waste time on the Pravda Left MSM Class because they are never going to be fair. NEVER. He gets it. So what did they do? They soiled their diaper again, writ large and broadcast to everyone with a lousy court jester that read her nasty lines from paper. This event may be the most accurate metaphor for the swamp ever constructed. It was the swamp. Don’t look for reform any time soon. Who do the people at the #WHCD remind of us of?
· The snobby wealthy people in the various 3 stooges episodes that get pulled into pie fights
· The preppie rich kids who all sat together at lunch in high school
· The godless hoards that taunted Noah before the floods
· The crowds that yelled ‘crucify him’ before Pilot
· The French aristocracy right before the revolution
· The worst bosses all of us have ever had gathered in one place

@POTUS had a blast in Michigan and also provided entertainment to many, while the rabble of the press corps put their incontinence on public display. Again. #SAD

It occurs to us that there is a vast similarity between the venerable cartoon character Elmer Fudd and Robert Mueller, formerly described here as Lurch. “Shhhhhhhhhh!! BE VEWY VEWY quiet! We’re Hunting Wabbits!!”. Then, as we know, all manner of travails would befall poor Elmer. Somehow anvils would fall on his head, he’d fall over cliffs or down mine shafts, have his shot gun spun round only to go off in his face repeatedly. Often Bugs Bunny or a combination of Bugs and Daffy Duck were responsible for his many, many problems. In essence, Elmer was a dupe and foil for Bugs. See where we’re headed here? Trump is Bugs Bunny. Daffy Duck appears from time to time in the guise of Sean Hannity, Sarah Huckabee Sanders, Rep Devin Nunez, and many others. Mueller creeps along quietly with his trusty two barrel shotgun hunting ‘Wussians’ and keeps having issues. We are not sure when he will come to his senses and call it quits – just like Elmer. Oh well. As Elmer might say “Huh-uh uh uh uh uh uh uh uh uh !!!!”

Red Pill Rocket Man? We don’t know. Most likely “Ass Kicked during Beijing visit’ Rocket Man – but we’ll take what we can get. Black Jack predicts an eventually successful agreement with North Korea, and, ZERO chance of Trump getting a Nobel Peace Prize. Those are reserved for the Stalinist Left.

What does Netanyahu of Israel do best? De-pants Iran. He just did. Thank you – more unravelling of BO and the Windsurfer Kerry’s dopey deeds. Iran Deal will have to be re-done or just die. Iran should be watching Rocket Man closely. Despite the story not being told, the world seems to be welcoming Trumpian leadership. Dad’s home and the BS is gonna stop.

Anyone else noticing how the rest of the world is falling in line behind ‘mob boss’ in Comey’s words POTUS? Let’s inventory:
· Rocket Man – as described above has moved from trading barbs and testing nukes to hugging at the DMZ
· French President Macron – from OMG death grip handshake to ‘I love DJT so much I can’t keep my hands off him’; supports Syria head punches
· Kaiser Merkel – from public doubts to flying in to have no drama meetings
· Japanese President Abe – staunch ally from the start
· Chinese Premiere Xi – seems to be playing ball despite the trade noise
· Dictator Putin – pretty quiet considering multiple head punches administered to his lapdog Syria
· Mexico – very quiet despite the President’s constant concerns about the border
· Iran – on notice with Bibi’s Powerpoint
· Canada – who cares
· England – supported Syria Op with France
· Poland – got one of the first visits by the president to another nation and got a huge endorsement from him – and some missiles too
· Nigeria – wonderful visit just this week!

What’s happening here folks? Bush’s axis of evil is getting dealt with. Obama’s bad deals getting cleaned up. Years of lax border control are over. Low business taxes attracting investment and even getting compliments from abroad. It’s a new Trump world order.

Bromance and the Kaiser

Oh boy – some grabby/huggy moments from the French King wannabe Macron and the POTUS. Well – maybe our president is starved of affection at home due to his stormy publicity and will take it where he can get it. Oh Dear. While we doubt some of his Euro-centric agenda, we welcome a French President who seems to bathe, who loves America, and who thanks our veterans. Refreshing. We can work with this guy. Then the sour German Kaiser shows up to round out the week. Whatever.

We stand by Governor Greitens and believe he deserves his day in court for the crazy accusations against him involving taking a picture of his former mistress 2 years before he was elected. Disappointing dirt bag stuff if true, yes, but we vote people into office based primarily on their policies and not on their sins or lack thereof. Character is always a crap shoot with any human. We believe the charges on election fraud are stupid and meaningless. Let him serve out his term and let’s move on when the trial is over. The Attorney General who hopes to replace Worthless Claire McCaskill should pipe down. Greitens managed to sign Right to Work legislation and start a tax reduction debate so far. Not bad for a wounded governor.

We welcome and endorse former B-2 pilot and Air Force veteran Tony Monetti for Senate in MO.

Sad, worthless, unproductive, lost in the past Claire McCaskill, already retired in terms of behavior, should be officially retired as well. Just another elitist fat cat democrat that doesn’t serve the electorate and lives like a millionaire. Let’s not let Claire keep drinking wine with Chuck and Nancy while we drink water or get nothing. Claire represents the past – the late 1970’s specifically – when everything just kind of sucked. Tony Moetti stated on a radio program recently: “Fighter pilots make movies, bomber pilots make history!’ We agree. Tony is normal, smart, energetic, modern, engaged with normal people and will fight for us. Josh Hawley? Not yet Josh. Not even with old man Danforth’s very waspy endorsement. Not yet.

That’s it for the musings – comments welcome!