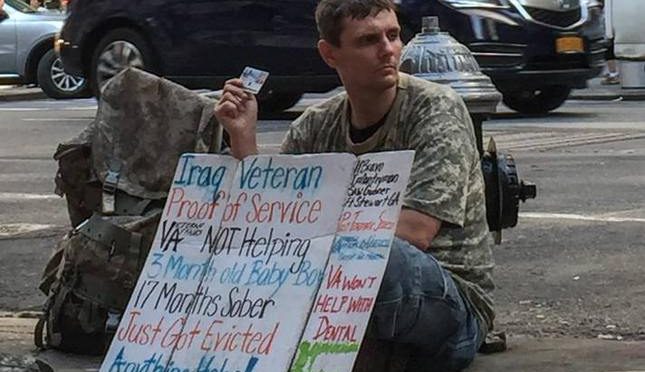 Dedicated to my sister Marianne.

Vietnam Veterans were undervalued and underappreciated. The media helped create the narrative that this group of Veterans were baby killers and the dregs of society. They were spat at, discriminated against and disparaged by their peer group among others. All they did was answer their country’s call when they were drafted. They served at great risk to themselves and their families. They believed in a cause greater than themselves and their government’s call to duty. Many of them have been Forgotten.

Since Vietnam, we have gone to an all-volunteer military force. The last draft ended over 40 years ago but yet many of the Forgotten continue to serve our nation out of love for country, doing their patriotic part in helping to protect the United States of America. They feel a sense of duty to support and defend the American way of life.

Some present day political elites hold military members in a negative lite. This was reflected in John Kerry’s comment in 2004 about US troops serving in Iraq when he said to a group of college students that they could either work hard in school or “get stuck in Iraq.” Many of those troops who went to Iraq 2, 3 or 4 times went not because they loved war but because they love their country and Senators like John Kerry voted for them to go to war. You can debate whether the war was right or wrong but what can’t be debated are the sacrifice, valor and courage of these men and women who went to war by direction of their government. Thousands who went to Iraq and Afghanistan lost their life and tens of thousand more were wounded and many of them still suffer today. But in many circles, they have been Forgotten.

There is a new Forgotten class of Americans that dramatically impacted the Presidential Election of 2016 electing Mr. Trump over Secretary Clinton as President. Americans that feel their government has Forgotten them for the following reasons:

The same Americans that elected Trump fight the nation’s wars, build the nation’s highways, feed the nation from family farms, run small businesses and ultimately just try to live good lives and pass down the lessons of hard work and American values to their children.

… And after this election, many of the lawmakers, television news media,  print media and the political elite connected to the Washington Machine disparage the Forgotten and question how one could vote for Trump. It’s not a hard question to answer. It boils down to this – We love our country; we don’t want it transformed; we believe in the US Constitution; we want our military to be strong; we want freedom of religion protected; we want law and order; we support legal immigration and want our borders secure; we want economic opportunity throughout our land; and we want Supreme Court Justices that will defend life, liberty and the pursuit of happiness for all Americans. We want a less intrusive government.

The Forgotten have spoken and they deserve your respect. They are your neighbors, your mechanic, your plumber, the Veteran and overall your fellow citizens.

5 thoughts on “The Forgotten”