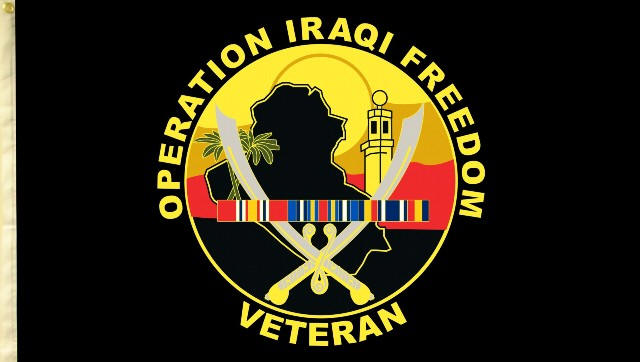 Operation Iraqi Freedom 06-08 was tough on a lot of units, but especially difficult for the 2nd Battalion, 8th United States Cavalry Regiment. The Stallions were stationed out of Camp Taji Iraq, roughly 20 miles north of Baghdad. The 82nd Airborne was on the ground quickly as the first wave of the surge troops that arrived into Camp Taji. Great for Baghdad, not so good for the unit holding the northern border. What happened was the surge troops came in and pushed all the bad guys to the towns outside of the major metropolitan city. The kinetic activity of significant activity (SIGACT) picked up exponentially in our Area of Operations (AO).

It’s virtually impossible to know everyone in a 900+ Soldier Battalion, but I knew quite a few. When I try and reflect on Memorial Day, I naturally gravitate to those who were killed that I knew personally. It’s pretty strange, because you hear about someone being killed or wounded, or you’re on the response team and you don’t know the name, but you know the face. A lot of times I would figure it out, because I would be walking to the trailer or motor pool and the person that passes me at the same time every day is not there one morning. It’s like that last scene in the movie “The Sandlot”, where the characters are at their respective positions on the diamond and the narrator is describing what they go on to be in life, and the character fades out of the shot, and is no longer on the diamond, but the other characters are still there.

In the first deployment to Iraq, 2-8 Cavalry lost 1 Soldier. We left OIF 06-08 in double digits in both KIA and wounded. Several Officers, NCO’s and Soldiers. There was no segregation from the enemy. The Battalion Commander’s PSD was hit. We had both a Company Commander and our S3 hit with ball bearing IED’s that sent them home. We had First Sergeants and Sergeant First Classes hurt or KIA. All ranks suffered.

I escorted the personal effects of SPC Swanson. He was in the BC’s PSD. I was in his vehicle with the BC 2 weeks prior to the attack. I knew and met everyone in that vehicle and spent about 8 hours with them on a mission where we escorted dump trucks full of rice from a factory up to the town of Tarmiyah so the local Iraqi population  could use it.

1LT Dan Riordan and 1LT Gwileym Newman were my peers. I knew them both pretty well. Newman had a 1 year old daughter. He was shot in the head by a sniper in Tarmiyah, just as he exited his vehicle to dismount for a raid.

I escorted the personal effects of Dan Riordan. He had pictures in his room of a homecoming party that his family and friends had thrown for him when he came home on mid-tour leave. Dan took leave really early in the rotation, so his Soldiers would have more time to figure out their dates. They had food and beer and you could tell how proud everyone was of Dan. Dan was killed by an IED strike in the western portion of our AO. His entire vehicle was destroyed and all 5 Soldiers in the vehicle were KIA.

Unfortunately, there are many more that I could describe. I think about all of them daily, because it’s important to remember them and everyone else. I’m not on Facebook and I have not had much connection to my old unit, but I certainly do wonder how their families are doing on each Memorial Day, and all days. Newman’s little girl, Dan’s family, Swanson’s buddies.

I’m a civilian now and just think about how lucky I am to have known them and served alongside of them. Maybe this little reflection in some small way helps to honor them, their memories and their families.