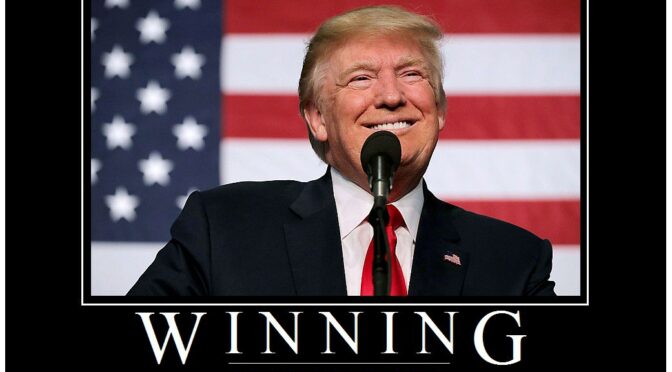 It is the best of economic times. Many Boomers and the remaining Greatest Generation Americans remember the Depression and the Misery Index (MI). The MI combines inflation and unemployment rates. It wasn’t too long ago that President Obama and his fellow entitled elites were telling Americans that manufacturing and many service jobs were not coming back. That a depressed economy was the new normal.

President Carter’s MI was 21.98%, a shocking number combining double digit inflation and unemployment. Today, in the Trump economy, we have a Winning Bigly Index (WBI) where Americans are experiencing remarkable prosperity on every level. Trump simply gets it and he has worked tirelessly to remove government bureaucracy, create incentives for investment (tax cuts) and get the US out of unfair trade deals while holding China and other countries accountable for their unfair trade practices. America is winning again! Let’s look at some numbers:

Looks like the roaring 20’s are upon us for Trump’s second term. Much to celebrate in America as Pelosi, Schiff and the Democratic Party candidates focus on impeachment and socialism. As the greatest economic President in our lifetimes stated during his 2019 State of the Union speech, “America will be never be a socialist country!” Lets Keep America Great! #KAG2020