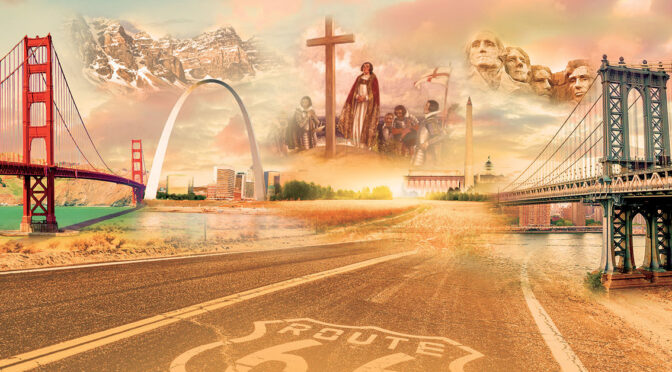 America finds itself in arguably one of its more chaotic and troubling time periods since its existence. Recently, the COVID-19 virus is sweeping through the nation and toppling the once strong economy with it, while politicians cannot seem to agree on things as simple as a relief bill to help American citizens. On a grander scale, the past few years have reeked of consistent turmoil that some claim threatens American democracy as we know it. Americans seem to be clashing over things more than ever, while those elected to lead them have acted more like children fighting over a shiny, new action figure. Rather than solving problems, we seem to be insistent on creating more. And there’s a plethora of reasons for that, many which I couldn’t name or think of, which is in itself a problem. As a younger observer of the tire fire that our society has become, I sometimes ask myself, has America always been this way? Have we as a people always been so divided?

Growing up, I read and heard about the way Americans came together through the tragic events on September 11, 2001. And it has always seemed that for a short time after 9/11, unity prevailed over disunity, compassion prevailed over cruelty, and hope prevailed over despair. Now our country faces another magnificent tragedy, and it seems to be quite the opposite. Divisiveness has swallowed camaraderie, misery has overtaken reassurance, and gloom has crushed exuberance. We the people have gotten in our own way.

The generic hope is that someday, we can return to the “normal.” I pray we never do. What we considered normal just a few months ago was far from it. It was constant fighting, constant criticizing, constant rooting for the failure of others. That is not the “normal” I want to return to. That’s why I hope we, as a country, can use recent circumstances as an opportunity to change the way we conduct ourselves. Let’s create a new, improved “normal.” A normal that cheers for the success of our country rather than party, a normal that applauds bipartisan accomplishments, a normal that doesn’t “cancel” people for a minor mistake they made in their past. A normal that sees people and politicians tie their allegiance to their beliefs rather than their party, a normal that sees people stick together in the best of times and the worst of times despite conflicting beliefs, and a normal that sees people resolve their differences through comprehensive discussion.

Let’s seize this opportunity to show that our character is full of perseverance and strength.