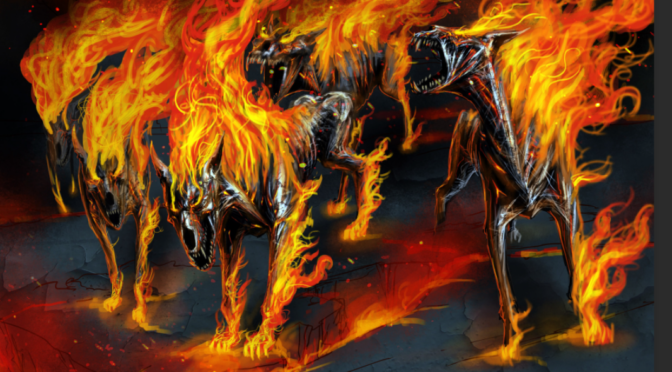 Envy and hatred.  Democrat currency.  Here is your forecast for the summer of ’22.

We all should have realized by now this is going to be a long, hot summer filled with democrat attempts to foment hatred and chaos.  Demons shriek and manifest the loudest as they are exposed and exorcised.  The democrats have been exposed and they will be exorcised in November.  We are about to witness the nastiest few months of political violence and fake news in the history of the United States, as democrats realize their wicked plans will be stopped.

Prepare yourself and have courage to call them out.  To fight back.  #DigitalSoldiers

As Roe V Wade is undone, we have already seen the wickedness unleashed in front of the homes of SCOTUS Judges, and in fact a murder attempt on Justice.  The only real murder attempts done on politicians are usually done by deranged leftists and democrats.  Ask Steve Scalise.  More organizations are emerging promising to create havoc over the summer in response to SCOTUS undoing the big lie of Roe.  Democrats are obsessed with abortion.  Perhaps because it’s the fastest, most effective and largely unseen way to do the most damage to humanity.  Self-hate really drives them.

We are all watching our retirement accounts get routed by the Dementia Patient in Chief and his handlers.  This is done with malice.  With intent.  They hate the middle class,  They hate the poor.  They seek to make all of us slaves.  The Stock Market will be routed further by these maniacs.  They do not care.  Add in unprecedented inflation.  Just living each day has become a problem for many.  Our quadrupled gas prices will hit $10 per gallon by September, further aggravating the cost of….EVERYTHING.  Smart people are angry.  Dems and leftists shrug.  RINOS do nothing.   In addition to $10 gas, DOW 20,000 if not lower, is coming.  Recovery will not begin until the republicans retake congress in early ’23.    Democrats will wreck as much of the underpinnings of capitalism as they can on their way out.

We are in ‘Pride Month’ as defined by the Stalinist Left.  This is a month that feels like a year, with all US Companies seemingly co-opted into this sick game.  When will it end?  Is it a reasonable concern to think it may never go away as we witness more and more the exposure of children to Drag Queens.  I am old enough to remember when that would have seemed preposterous.  Like maybe 5 years ago.  Where did this come from, other than straight from the bowels of hell itself?  Let’s be clear that this is child abuse and opposed by anyone with a normal non-brainwashed outlook.  African Americans that were pleased at the addition of Juneteenth as a holiday, maybe a bit dismayed that its smack dab in the middle of Pride Chaos.  Sorry – we can only celebrate the emancipation of GAY Slaves.

Back to the economy, if you need something we are probably out of it.  Again, how did this happen?  Since when do we just run out of stuff in the US, randomly?  We may eventually find out its because there are about 30 million people here that are unaccounted for, allowed in by Biden and his Keepers.  That can screw up a supply chain.    Formula, tampons, diapers, food, gas and soon electric power – all things we are running out of.  Seriously.  This is Biden’s America.  Its all done with malice.

Californians have been accepting this sort of thing for years.  They shrug.  Average democrats shrug.  RINOS shrug.  You do not hear complaining from any of them.  They all just go along.  Call me Ultra MAGA.  I don’t go along.  I am calling BS on all of it.  These are manufactured distractions and purposeful destructions.  We all need to organize and oppose.

Soon it will be time for satanic democrats to badmouth the founding of the United States during the 4th of July holiday.  Watch for them to ramp up their efforts even louder this year.

Watch for them to create fake racial strife out of some incident that will happen soon, real or false flag.  It is coming.

Watch for the ‘trans rights’ fiction to increase, with even Fox news now promoting this issue.  (Thinking conservatives know that Fox News imploded under the weight of Bret Baier’s fat arse on November 3rd, 2020, with an assist from Martha McStupid in throwing the election.

Watch for more and more losers exiting the work force and sitting on their brains at home.  It’s Biden’s America.  Laziness is rewarded.

Watch for Monkey Pox and whatever the next planned pandemic is to arrive in September.  Its coming.  Dems will shut down the nation again if allowed.  Various cells of Stalinist dems are already demanding the return of masks.

Dementia Joe will soon get an assist from Union Bosses, the most corrupt group of nitwits and fat heads in the nation, who take pay offs from Dems while their members are absolutely shafted.  Typically obese and alcoholic union bosses will use what little influence they have left to assist Joe with generating chaos in any number of ways to include shutting ports, blocking traffic, interrupting rail transport and air traffic.  Watch for it.

The Ukraine war continues and look for China to be emboldened to act on Taiwan while the rest of the world is distracted and the US has a feckless wreck as president.

Final prediction – look for more engineered crime to appear with the involvement of the FBI.  Defending the rank and file of the FBI is getting harder folks.

“I think the demon’s target is not the possessed; it is us … the observers …. And I think—I think the point is to make us despair; to reject our own humanity, to see ourselves as ultimately bestial, vile and putrescent; without dignity; ugly; unworthy. And there lies the heart of it, perhaps: in unworthiness…”