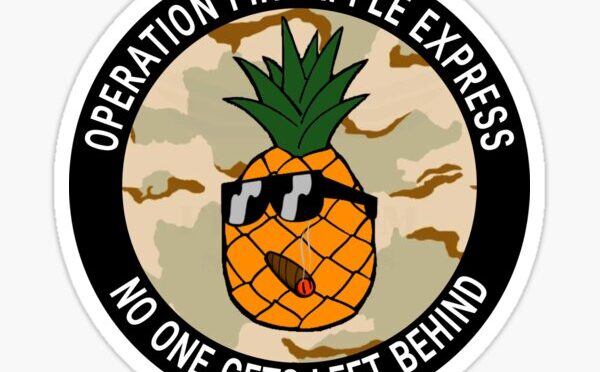 Doing the job that Biden’s Department of Defense (DoD) is prevented from doing, the newly established defacto “American Armed Legion” (AAL) began by rescuing stranded Americans and Allies in Afghanistan which they continue to do today. The AAL is now shifting their attention to help evacuate Americans stranded in Ukraine. Only in Biden’s America are we left with a pick-up team of American patriots to self-organize, finance and equip rescue operations in foreign lands. The Biden Administration believes their job is done telling Americans to leave, often with short notice. This is not America. This is not the standard. This is Joe Biden.

Let the DoD and COCOM Commanders do their jobs. No Americans left behind! Ever!

The AAL is the name coined by @the53rdregiment’s for these patriotic teams of Americans risking all to save their fellow men and women, and children. They are more commonly known as Pineapple Express and Project Dynamo, a band of brothers with Special Forces and Navy Seal backgrounds and other assortments of volunteers. There are other groups forming out of necessity as DoD is restrained from rescue operations of Americans left behind. It is tragic and not only is America failing to lead the free world, but the Biden Administration is also abandoning our American ethos to leave no one behind. We still do not have accountability of all Americans left behind in Afghanistan. Some estimates are in the thousands of Americans, green card holders and Allies being left, six months after the failed withdrawal.

An extract from the Soldiers Creed:

I will always place the mission first.

I will never accept defeat.

I will never quit.

I will never leave a fallen comrade.

Pineapple Express and Project Dynamo are continuing the mission out of love and respect for their fellow Americans and the abysmal failure of Biden and his administration. It is beyond embarrassing; it is criminal that Americans and over $80 billion in state-of-the-art equipment was left for the Taliban to use against us. There are reports of the Department of State rejecting assistance to AAL elements with coordinating landing rights in other countries and not helping to get Americans out of harm’s way. Why? They’d rather not have the embarrassment or problem, or bad news and the fake news does not report these gross failings. Abandonment, it’s what the Biden Administration does. It is easier when you lack decency and moral courage.

Biden’s failure as Commander-in-Chief has led to a DeFacto American Armed Legion of retired troops and Veterans continuing the mission to rescue Americans. We are thankful for their valor and mettle, but Biden and his administration must be held accountable. As the AAL gears up for Ukraine, DoD should be conducting a Non-Combatant Evacuation Operation of all Americans.