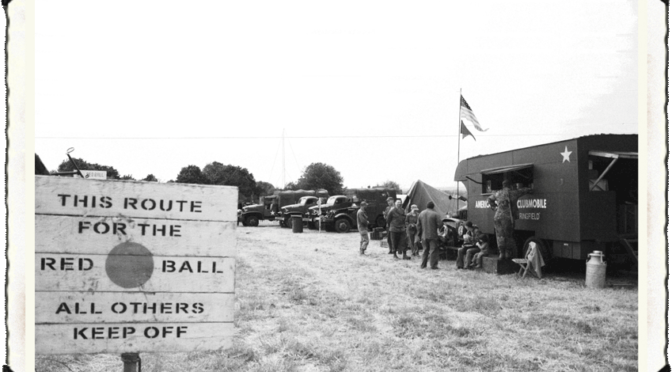 by Colonel Zolton Krompecher
Behind newspaper headlines proclaiming the divisiveness of America are obituaries that may surprise readers when they learn of celebrities, artists and athletes who once served in uniform. Lee Marvin, Gene Wilder, Rod Serling, Leonard Nimoy, Bea Arthur, J.D. Salinger, Ernest Hemingway, Joe Lewis, Harriet Tubman, Joe DiMaggio, and Ted Williams wore the uniform. Among living veterans are Ice-T, James Earl Jones, Kris Kristofferson, Morgan Freeman, Drew Carey, Dennis Franz, and Charles Osgood. The realization they served in the military is not so far-fetched. Writers and musicians tell stories through pen and notes while actors assume a character’s role, and military service provides a lifetime of experience. Service also reminds us that Americans share more in common than papers would lead us to believe.

When I hear the word “veteran,” I think of my Grandpa Austin.
No title preceded my grandpa’s name, nor was he a celebrity, just a man from a region of Appalachia that was largely white, protestant, and poor: a place where people scratched out livings on hell’s half acre by farming spits of land, mining coal and doing what it took to put food in bellies. It is where dirt roads and creeks bisect fields and everything is walled off by the hills. When war called, he went because he believed in America…even if he didn’t always agree with the politics.

Private Austin Davis was a member of the Red Ball Express, a unit comprised mainly of black Soldiers who risked their lives providing supplies and medicine to keep the living from joining the dying. Many, no doubt, felt the sting of Jim Crow but still served. Despite faults, they must have recognized America’s potential to change was worth the fight.

I don’t believe my grandpa saw himself as a minority, because Soldiers share in the communion of placing the collective above self. Together they are introduced to barking drill sergeants who turn worlds upside down. Drill Sergeants understand how duress teaches recruits that green is the only color that matters and that long days at the range, forced marches, and waking up in open bays with all of humanity instills compromise when sharing four toilets, six showerheads and eight sinks (not all operable). Unlike college or civilian life, one can’t drop a class or quit when life becomes uncomfortable. Success is found in teamwork.

Friendships are further refined when sharing cups of coffee out of canteen cups during German winters or swapping stories of home and dreams for tomorrow in deserts and jungles, drop zones or ships located far from land. A lot can pass in conversation during a long night’s guard duty. That’s when redemption arrives in the form of lifelong friendships tempered by fire and loneliness.
My grandma gave me the map my grandpa carried with him Europe along with a list of the names and addresses of the men in his platoon.

Life pushed those Soldiers in different directions, but they returned to the farms, factories and classrooms and witnessed the Civil Rights movement and integration of the military and organized sport. Some watched the first black man take the inaugural oath, evidence that America was worth fighting for then and still is today. Soldiers know the value of subsisting on endurance and faith when times get tough. In a wisp, they were gone from each other’s lives in 1945, as if God placed them together to teach them that all men bleed and all our brothers, especially when tomorrow seems a distant dream.
Some veterans advertise service through bumper stickers and apparel. Others are more private, placing dog tags in keepsake boxes or hanging uniforms in attics, but place two veterans from different generations and socio-economic backgrounds in a doctor’s waiting room and listen. Chances are you’ll hear stories of basic training or serving in the same unit (or post) years apart.

We don’t all support the same political party or celebrate the same faith, but veterans understand that selfless service—whether in uniform or otherwise—is the kindling that stokes democracy and gives light in a world sometimes threatened by the darkness of entitlement and ignorance.

My grandpa arrived home from the war and moved to the city where he returned from work every night to a house on the corner. Later he witnessed white flight. Like a good soldier he remained at his post, living out his days as one of the few white families in the neighborhood. I remember him on the front porch swing, waving and talking about the Buckeyes with folks in the neighborhood. I learned more on that front porch than I ever did in any classroom.
I also learned that you shouldn’t believe everything you read in the papers.

Colonel Krompecher remains on active duty and keeps in touch with Soldiers he met thirty years ago while being “introduced” to Drill Sergeant Posey.

2 thoughts on “A Soldier’s Lesson”