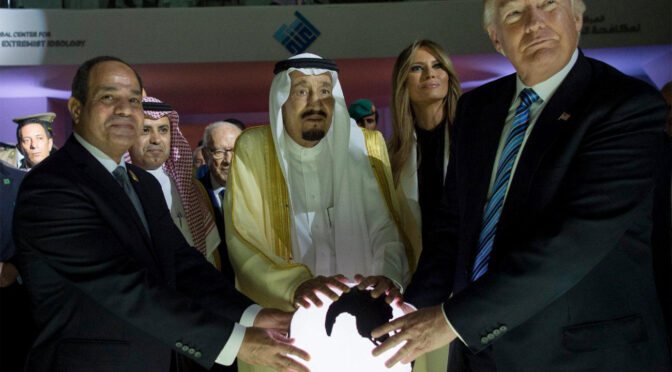 Dateline December 29, 2021
53rd Regiment Special Edition
Fellow Patriots if you are of a certain age you may remember the psychic Jean Dixon who would, around this time of year, issue bold predictions for the year ahead.  These would be published in sometimes less than reputable publications like the National Enquirer.  We at the 53rd Regiment have put our best minds together, notably Guardian 6, Blackjack Pershing and Iron Mike, to bring you the best most accurate psychic predictions for 2022.  Take these to the bank, friends.
Here we go.
Joe Biden will soil himself and others.  Again.  Those getting hit by Joe’s consistently explosive and leaky diaper contents will include Emmanuel Macron (Sacre Bleu!) Boris Johnson (Tut Tut!!) and a second round of effluent for Pope (Poop) Francis (Holy Sh-t!!). Most staffers in the White House will be sprayed, as well as the entire State Department.
Chinah Joe will resign in disgrace by October in a desperate attempt to salvage the November elections.
New President Kamala Harris will send Valerie Jarrett to the Senate for confirmation as VP.  Lame Duck Dem Senate will approve Jarrett.  The Squad will celebrate with an annual bath.
Chuck Schumer will make a day long speech in the well of the senate about his erection.
George W Bush will paint a nude of Hunter.
Hunter will paint a nude of George W Bush and sell it for $600K to a Chinese donor in a NYC gallery.
Hunter challenges George W to a nude paint off.  Hunter suffers a stroke while painting a nude of Liz Cheney.
Big news for Chris Wallace.  In addition to finally announcing he is transitioning, not just to CNN but his gender, his efforts at streaming (see Joe’s prediction above) will not be successful.  His new job will last roughly 90 days after nonexistent ratings and being backstabbed by human potato Stelter.
Speaking of the human potato, he will sue both Don Lemon and CNN for sexual battery after being felt up one time too many by Randy DonnieBoy.  Chris Wallace will attempt to join in unsuccessfully.
Whoopi Goldberg will achieve her goal of weighing 500 lbs by July.
New Biden puppy Commander will achieve  better house training than Chinah Joe.
President Xi decides to send the Chinese navy into Taiwan.  Chinese navy sunk before it gets halfway there.  All this while Chinah Joe plays with his toy submarine in the Camp David bathroom.  Unexpected surprise?  Japan did it.
Speaking of China, the Chinese Winter Olympics will fail under a cloud of Covid, Uyghur  genocide, and global disgust.  No one will attend.
Speaker Pelosi will acknowledge her well known drinking problem and say its no problem, and order a round of vodkas for everyone.
Mayor Pete will open an alternative ‘Gay Whitehouse’ on a set near the one Chinah Joe uses for his fake press conferences.   Only gays will be allowed on set.  The supply chain will continue to be a disaster.
In a surprise to all, John Brennan and James Clapper will elope to the Bahamas and make their mutual love known to all.  Disgraced General and former Head Spook Michael Hayden officiates wedding, the Mooch acts as midget ring bearer and Frank Luntz is Brides Maid to Clapper, while Comey is Best Man to Brennan. Gender neutral Groomsman and Bridesmaids included Gen. Stanley McCrystal, Adm Bill McRaven, Dr. Rachel Levine,  John Kirby, and Mad Dog (Gen. Jim Mattis).
China Joe implements mandatory Mandarin language training at all US elementary schools, including pre-K.
Post stroke recovery, Hunter paints a nude Chairman Xi.  Hunter presents painting to Xi in diplomatic fiasco related to certain facets of Xi being accurately represented.
In a major Oval Office address, Chinah Joe announces his butt’s been wiped.
Jenn Psaki caught in affair with Jim Acosta and Morning Schmoe.  Chinah Joe will invoke Pope Francis and say ‘who am I to judge?’
Kamala Harris finally visits the southern border, but heads to Tijuana and participates in what is commonly called a ‘Donkey Show’.
The US Navy requires all Sailors to be gay.  General Miley, in a supporting speech says ‘We are now all gay – all of us – very gay!’
The Secretary of Defense also declares ‘America has always been very gay and our Armed Services will reflect that!’
In related news, military recruiters will struggle to find enough gays to serve.
Governor Gavin Newsome will announce that California is now a communist state.  New York, Connecticut, Vermont and Oregon will follow.
Hillary will continue to not be president, but even more loudly.
The loser FBI agents who attempted to kidnap Michigan Governor ‘Big Gretch’ Witmer will reassemble and make another attempt, this time successfully.  No one will pay ransom.
Half wits Kinsinger,  Schiff and Swalwell will be discovered as active agents for China and Russia.
The Squad will start bathing weekly, instead of monthly, in an attempt to win more votes.
George Soros will be discovered to have been dead since 2002, but inhabited by alien entities – mostly cockroaches.
Having become the poster boy for the coming democrat implosion, Terry McAuliffe aka Mc- AWFUL will take the logical next step and become a Fox News contributor.  He’s just about a big enough loser to qualify.
Bill Clinton will divorce Hillary and marry the African American former prostitute who is the father of his son.
An affair between Mayor Pete and Floppy Mike will be revealed.
Jeffery Epstein will be found alive in hiding at the Clinton Presidential Library in Little Rock, AR.
Mayor Lori Lightfoot, Gavin Newsome, Rachel Levine, Antony Blinken, Alejandro Majorcas, Bette Midler, Joy Bejar and Roger Goodell will all be revealed as space aliens.
Please leave your own predictions in the comments section below.  Bring on 2022!!!!
Let’s go Brandon!!!!
The staff of the 53rd Regiment

5 thoughts on “Psychic MAGA Predictions for 2022”