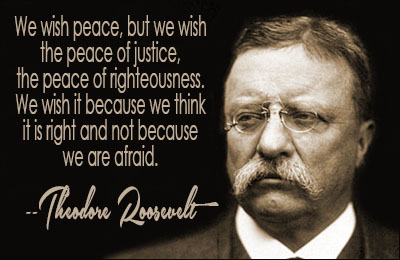 As the G7 closes out, the 53rd Regiment is reminded brilliant analysis by Blackjack Pershing. This treatise explains leadership, conviction and President Trump’s America First policies and how “settings things done” first & foremost matters.  Considering the last 24 hours news cycle, this analysis fully explains the belief system of the 45th President of the Unites States.

“I’ve been getting in trouble my whole life and I really don’t care what anybody thinks of what I do on stage as a comic.” Andrew Dice Clay

Remember the Diceman? It was the late 80’s when he hit the comedy scene and it went crazy.   His act was a series of R rated send-ups of popular nursery rhymes not to be repeated here. They went as viral as something could at the time. A friend of mine sent me a VHS tape of his show when I was stationed in Germany. That tape got passed around to dozens of other lieutenants and some of their wives threatened to do me bodily harm as I was the known source.

The Diceman disrupted comedy at the time – like it or not.

Enter the Diceman 2.0 known as Donald J. Trump, now POTUS.   DJT is disrupting the tired and ossified political structures in place since the post WW2 period. DJT’s social similarities to the vulgar Diceman are well documented – so no need to elaborate on the details – but let’s start there.

DJT is direct, sometimes bombastic and decidedly coarse. Ironically those he offends most and are most likely to scream about his offenses, also routinely defend the worst content Hollywood culture has to offer in terms of glorification of drugs, smoking (pot), sex of any kind, extreme gun violence and on and on.   “Yes I have dreamed of bombing the Whitehouse” says a certain woman known for extreme vulgarity and mocking the Catholic church regularly.

What do disruptors really do? The acronym VUCA was born and popularized by the Army War College shortly after 9/11; it stands for volatile, uncertain, complex and ambiguous. Into VUCA environments come disruptors and it is there that they thrive. We certainly exist in a VUCA environment today. Technology, social norms, major religions, large institutions of all kinds – almost everything is up for grabs in terms of where it might go and how it might evolve – or not survive.

DJT is incorrectly called a populist. This is wrong. Or as DJT might write: ‘WRONG!’. The stale ‘old media’ mistook the large rallies, fun and entertaining rhetoric, potshots, accusations of bias and the tagline ‘Make America Great Again’ as old school populism. Nope. That is Diceman 2.0 breaking through media noise. Newt Gingrinch wrote a perfect analysis of it months ago.

Here are a few of the disruptions:

Those are just a few. More to come. Where does this all go? For us conservatives, as Guardian 6 has said, ‘Its like Christmas…each morning: tweets in our stockings and battles with big libs for our presents!’ Indeed G-6. Indeed. Sometimes disruptors get tiresome.   Diceman faded for a while but I am happy to see he’s back playing Vegas and has a reality show. Will DJT tweet himself into trouble? Will he deeply offend an ally of the US? Will he simmer down once his major programs are in place? Will he get so much done that he hands the reigns over the VP after the first term?   Its just hard to say with a disruptor. I will say this: for the first time since Reagan, a guy I can say gets me and I get him is running the show. He’s in a vastly different package – a major NYC wise guy. And he’s disrupting all the right disruptees.

I do whatever I do. I go to the club. I work on material. While other people are sleeping, I’m awake. I always liked that.