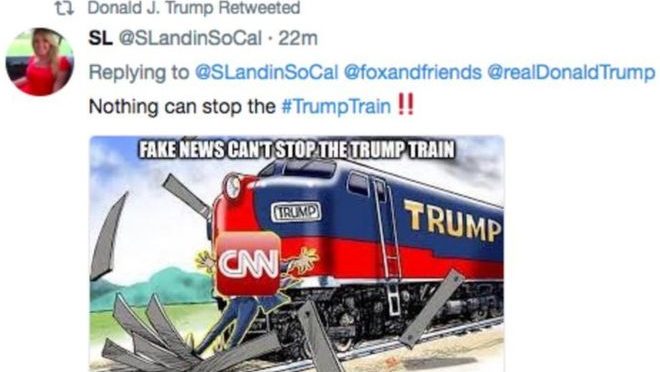 President Trump, a suggestion, if you could stop tweeting for just a little bit and get out-of-the-way of the liberals hypocrisy and their self-destruction.

I have this theory that if President Trump stops tweeting and avoiding missteps creating controversial issues for a week or two, then the media, the left will eventually destroy themselves. If Donald stops giving the media other things to talk about, they will be forced into talking about Harvey Weinstein and his ties to the Clinton’s, the cover ups the Obama administration made (Benghazi, IRS, Fast & Furious), all that crazy Uranium deal stuff,  the Democrats favorite Hollywood liberal, Harvey Weinstein, is a sexual predator. Think about it, the media is able to avert all these topics that don’t fit their talking points, their narrative because they twist President Trump’s tweets.

The media continues to “resist” President Trump not respecting the American voter.  If President Trump gives the media nothing to report via tweets, maybe they’ll start reporting real stories (probably not). Maybe they’ll report the links of the democratic party to their top three funding source, Harvey Weinstein.

Regarding the Obama and Clinton scandal with Russia concerning Uranium One; haven’t heard of it? Read the Hill online journal,  Presidents Clinton and Obama let Russia control 20 percent of our Uranium now. (http://thehill.com/policy/national-security/355749-fbi-uncovered-russian-bribery-plot-before-obama-administration)

Imagine if President Trump was doing his job quietly and ignoring criticism, ignoring fake news and all that crap. Imagine if they had to do real reporting? Well, they’d likely be incompetent at that too. They simply cannot resist bashing the President, being the elites that they are.

When it all comes down to it, the media needs ratings, so they have chosen to create fake news because they hate Trump.

2 thoughts on “What if President Trump Stopped Tweeting?”