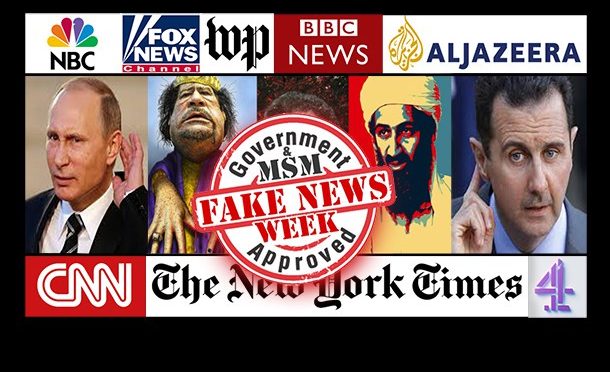 When did the news become fake? As the 53rd Regiment examined this issue, we discovered some common threads  and a couple key elements that have corrupted the news profession resulting in the loss of public trust.  Mainstream TV news broadcasts and major newspapers are failing and losing their audience. Why?

Element One. Democratic politicians joined news rooms, editorial boards and became on air personalities. The news became less about the facts and more about pushing their liberal agendas. To name a few: (1)  George Stephanopoulos, former Clinton Press Secretary, with ABC (2) Jay Carney, MSNBC Contributor, former Obama Press Secretary, married to Claire Shipman ABC (3) Ben Rhodes, former Obama Deputy National Security Advisor in Obama Administration, is the brother of CBS News President Ben Rhodes (4) Chris Cuomo of CNN, brother of Democratic Governor of NY Andrew Cuomo. We could spend all day naming the liberal connections to the news media. The Democratic Party and the news networks are one in the same. Conservatives or non-partisans need not apply to work in the media.

Element Two. Late night comedy has been high jacked by the left. These shows have become extensions of the liberal base and they are not very funny anymore. Jimmy Kimmel,  Stephen Colbert, Seth Meyers and the list goes on. Nobody wants to end their day listening to these comedic elites spew their hatred and carry their collectivist messages for the democrats. Sadly, many of these shows now believe their job is to inform the masses and shape American opinion instead of comedy.

Element Three. Sporting news network such as ESPN have turned hard left with broadcasters openly ridiculing the President on air and in social media forums. Sporting networks have openly backed the disrespect shown to military Veterans by NFL athletes choosing  to side with the extreme minority of players instead of keeping the focus on the game.

When you combine these three elements, we have the Walking Dead fabricating the news, pushing their agendas and losing the American public due to their ideology driven broadcasts. News shows can’t be trusted, newspapers are collapsing and sporting events are being destroyed by the left. Americans are speaking by tuning out but the Walking Dead running and ruining these networks would rather push their leftist agenda than report real news!