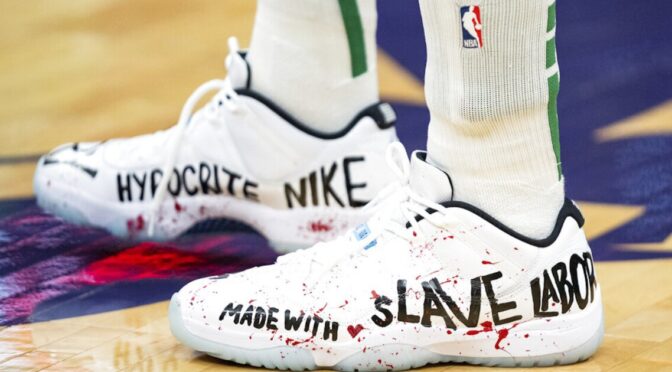 The irony of the Communist Chinese Party (CCP) hosting the Winter Olympics in less than 100 days from now should not escape any red-blooded American paying attention to the history of the world, the history of the Asian Pacific Region or even Current Events. From its founding in Athens, Greece (where Democracy was birthed), the Olympics was celebrated as a global event that brought the nations of the world together to celebrate athletic achievement through rigorous competition. The CCP, on the other hand, will use this Winter Olympics to further their false claims and propaganda agenda. Let’s examine just a few major headlines that may come out of the 2022 Beijing Winter Olympics.

The CCP will credit the diet and exercise regimen of their athletes for their medal count. Its hard to argue that most World Class Athletes would find it hard to resist the tasty offerings of Fried Bee Pupae, Stinky Tofu, Tuna Eyeball, Sheep Penis, Chicken Testicles, Snake Soup, Roasted Street Bird (Pigeon), Scorpions and Thousand Year Old Eggs! If that doesn’t satisfy your pallet, you might try Chilly Rabbit Head, Chicken Feet or Pig Brain!! Yum Yum!!!

Chinese Society Is Among The Healthiest In The World

The CCP will credit their healthy lifestyle and group exercises as the major factors behind their populations’ longevity; at least since the demise of Mao Tse-tung and the ending of his purge in the mid-1970s which resulted in the deaths of 65,000,000 men, women and children.

Well, if one doesn’t count the spying, the stealing and the reverse engineering of the Western World’s Patents, the CCP has at least shown an expertise in how to lure away the most successful corporations from their home countries in order to “Build Back Better”. Every First World Country apparently has it’s share of “Joe Bidens, Barack Obamas and Bill Clintons” willing to sell out their homelands for a wallet full of Yuans.

The CCP Is The World’s Leading Authority In Medicine

The CCP has to be a World Leader in Medicine in order to release the Wujan Virus on the rest of the world and not suffer an equivalent loss of life in China as the origin and host country. Their “advanced” medical care protocols call for the lockdown and welding shut of apartment building doors to prevent any of their sick or dying citizens from escaping. (Apparently Dr. Jack Kevorkian (aka “Jack the Dripper”) has taken up residency in China and shares a practice there with Dr. Josef Mengele (aka “The Angel of Death”) where they head up the CCP’s Health Ministry.

The Citizens of China Enjoy Unparalleled Freedoms and Liberty

“Let’s go to the Video Tape!” as Warner Wolf used to say. The Uighurs are reporting that they have the freedom to do exactly as they are told. Currently the Uighurs are “happily” employed in the Nike shoe factories and the computer assembly plants of Apple & Dell. Over 80 US Corporations have set up shop in Xinjiang for cheap labor. The Uighur people are moved all over China wherever the need for slave labor exists. This is hardly the stuff that a country given the Olympic Stage should be engaged in yet here we are. “A good Uighur Slave” can earn $220.00 per month plus a great haircut (Kojak would envy their stylish cuts which leave nothing but some stubble!)

Of equal relevance, perhaps Bob Costas, Al Michaels & Mike Tirico can spread out and cover the making of Olympic Athletes in Tibet, Hong Kong and Xinjiang. It would be interesting to learn how an athlete (or any inhabitant) in those locked down Chinese Provinces trains to compete to find dinner for his table, shelter for his family and clean fresh air to breathe.

Here are a Few of the Olympic Events that China & the USA should match up in.  Gold, Silver & Bronze Nude Fauchi Figurines will be awarded for 1st, 2nd & 3rd Place Finishes. The Losers get a Bus Ride to the Wuhan Laboratories.

Biathalon: The edge goes to the USA on this event. Word on the street has is that Alec Baldwin & Dick Cheney have been recruited as “crack shots” for the rifle portion of the event.

Figure Skating: The edge goes to the USA once again! Stacy Abrams, Rosie O’Donnell, Oprah, Melissa McCarthy, Queen Latifa and Lizzo have teamed up to whoop all comers! With their “full figures” there can be little doubt that their size will scare the pants off the diminutive ones from Jiiinah!

Curling: Could be a surprise victory here for the Americans as Joe Biden has joined the Squad. He was recruited to the team after the coaching staff viewed video of his “blowing” abilities! The coaches are confident that he can use the same skill set on the ice in advancing “the Stone” as he does on women before advancing his hands!

4 Man Bobsled: Rumor has it that an All Star Bobsled Team has been assembled from the ranks of those that have frequented the news over the recent past. The American Bobsled Team will be anchored by Admiral Rachel Levine. Pete Buttigieg will be seated directly in front of the Admiral. Barney’s Frank has come out of retirement to occupy the second position directly behind Anthony’s Wiener. To quote the Admiral, “Nobody loses when everybody wins! Our sled will run hard, very very HARD!!!” We expect to be holding that Golden Fauchi in our hands at the completion of this race!

As we conclude this article, one can only wonder if the 2022 Winter Olympics would have been better staged in the Central Mountains of Taiwan where there is snow that can be enjoyed in freedom outside the control of the Chinese Communist Party.