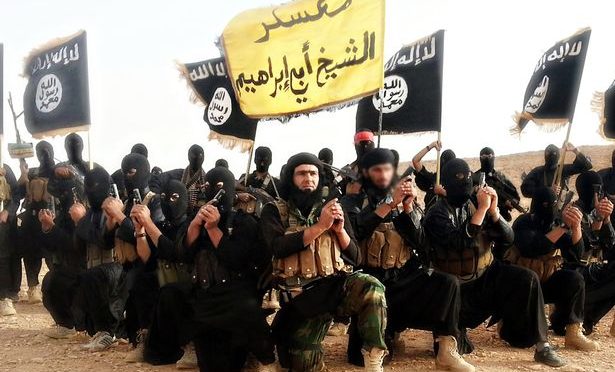 The West has failed to wage a war of necessity and is now suffering the consequences. The President of the United States lacks the will and the understanding to rally the nation and rally the West to destroy ISIS and its affiliates of deviants, terrorists and enablers. Elitist left leaning politicians set the conditions for this hoard of jackals to gather in their caliphate and now the hoard is invading Europe and the United States. The floodgates have been opened wide by elitism, ignorance and an unwillingness to put American safety first and foremost.

Today marks a deadly turn in the lack of will to fight a war of necessity in protecting the West and the United States against Muslim jihadist terrorist jackals. These cowards invaded a Catholic Church this morning, forced the Priest to kneel at that alter and then they slit his throat and beheaded him in front of his congregation attending mass. We are at war. God help the people of France; bless Father Jacques Hamel, his family and his congregation. May Father Hamel be with the Lord resting peacefully in His kingdom.

Please spare me with the trite statements that Islam is a religion of peace. It is far from it. It is a religion of violence, hate and intolerance. Look around the globe and take inventory. The trail of destruction is rapidly spreading from the Middle East, thru Asia, into Europe and now the United States.

A formal declaration of war should be established by Congress and signed by the President. While war is terrible, this is a war of necessity to eradicate radical Islam and bring a just end to this barbarism. To allow these atrocities to continue is a failure of leadership and only continues to place innocents in harms way. Going to mass, to work or to a nightclub should NEVER end being victimized by terrorists. Just War theory is a doctrine that justifies the right to go to war when it is morally justified. We have been there for some time. Peace no longer has a chance with these Islamists. To do less than waging war against this evil, is accepting future atrocities where innocents here at home and abroad will continue to be killed, maimed or injured. Weakness, moral relevancy and making excuses for this religion of violence is getting us killed. Must it take another September 11th for the US to do what must be done? Time for these jihadists to meet their influencer, Satan!