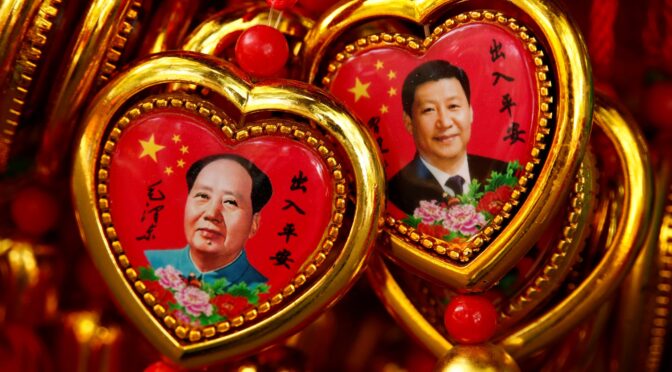 Feel lucky Xi? Apparently so. Xi doesn’t know. His arrogance and tyrannical hand of absolute power corrupts his mind and thinking. Big plans small mind. Xi Jinping plots, plans and reads his own paper clippings. Not good. Not good at all.

Xi Jinping looks very small as he flies sorties off the coast of Taiwan to intimidate them. Meanwhile, the West yawns.

Xi Jinping looks in the mirror and pats himself on the back celebrating breaking the treaty of Hong Kong’s “high autonomy” with Great Britain and smiles putting his big pants on.

Xi Jinping continues to lie to the world about Coronavirus, the Wuhan Lab and being ground zero for millions of deaths. We all know China is the source and Xi’s policies and poor leadership led to this outbreak. The only question that remains is was this intentional?

Xi continue to play emperor and enjoy it while it lasts because eventually forces from within will up end you. Your Chinese enemies are already plotting. Democracy is coming, soon, very soon.