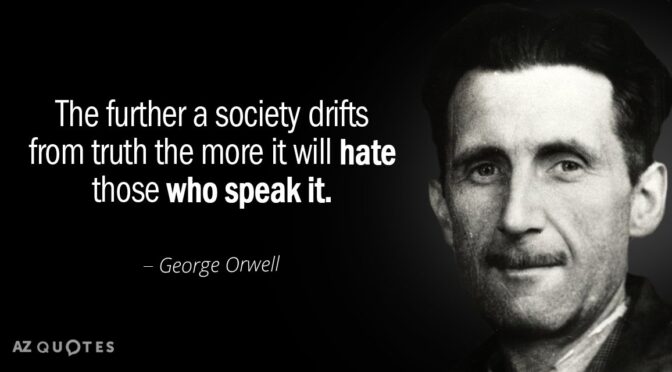 While the leftist news media that is America’s Mainstream Media (MSM) has declared the presidential race for Joe Biden, a majority of Americans are both perplexed and shocked at this outcome. How can a failed 47 year politician that literally campaigned from his basement and failed to garner voter enthusiasm win? All things are possible when good men and women choose tyranny over freedom as they put this special constitutional republic that is America at risk. Dark forces are in play.

Tech Giants. To the Technology Giants that censored President Trump, news outlets and hid stories not favorable to Biden, you will suffer significant loss of market share and you will be met in court  with several class action lawsuits. A majority of Americans are sickened by statist tactics.

MSM. You openly favored Biden over Trump. You shaped the news for four years to attack President Trump, his family and his cabinet. Your tyranny weakened America and weakened our institutions. You created one fake news story after another as hit jobs on the president. America witnessed your elitist attitudes daily and now there is no doubt that you are true frauds. Foxnews, Drudge Report and the other conservative sell outs you will burn in hell. CNN, MSNBC and the Washington Post you are not worthy of comment.

Beltway Generals & Admirals. To the military career political types like James Clapper, Mike Hayden and Stan McCrystal your public contempt for the Commander and Chief sets a poor example to members of the Armed Forces, to their parents and their loved one’s and you have violated a basic tenet of Civil Military Relations failing to remain apolitical. Your egos and thirst to be loved by the swamp power class demonstrates your ultimate lack of character and candor. You are brazen failures.

Democratic Members of Congress. You put your party over our country. You set the country ablaze with the Russian Hoax, the Ukranian Hoax and your classless behavior toward the president. You are led by a tyrant in Nancy Pelosi who is an elitist out of touch with the American people. You are filled with hate and despise our individual liberties. You have bankrupted our country and the next generation with massive debt. You stuff your pockets with American wealth and live by a different set of rules. You are openly anti-American and the Squad actively undermines America. You personify empty barrels that make the most noise while failing to positively impact the lives of Americans. Adam Schiff is perhaps the greatest congressional tyrant in US history. He has lied unabashedly about President Trump  and putting the country through hell fully enabled by Speaker Pelosi. Pelosi and Schiff are sick, demented humans. Schumer, Nadler and the lot of them offer no answer, no solutions. Just hate and discontent. Power first and foremost, rules and good governance be damned.

Robert Mueller, James Comey & John Brennan. In a different time not too long ago, you would be prosecuted for treason. You sold out our country, corrupted our institutions and promulgated false lies about our president. You personify the word tyrant. You are statists. You are not Americans. You are not patriots. You disgust a majority of Americans. You are tools of the swamp and masters of deception. Hell awaits you three self righteous assholes.

Hammer & Scorecard Tyrants. If you deployed these tools of war in this election, or previous one’s, you will be caught. I know having gotten away with all you have against President Trump you feel invincible. You are not. Eventually, good people will come forward before you Clintoncide them. You are destroying our republic and show such little regard for your fellow citizens. You will be caught. We know who you are and we know this software has likely been deployed to manipulate the vote. Justice is coming.

Stooges. I do not know what you are getting paid to manipulate the vote count in Philadelphia, Atlanta, Detroit, Milwaukee, etc. but you have sold your soul and sold out your country. Is it worth it? The Democratic Machine is soulless and full of tyrants.

China. You now have your Manchurian candidate Joe Biden. You took Hong Kong and many of us suspect you have a plan to attempt to take Taiwan within the next couple years. Is this the blackmail price for Joe Biden’s silence? You unleashed a virus on the western world to destroy our economies, weaken President Trump and to overtake the US economy. You are counting on Joe Biden to tolerate China’s rise to economic, space and military dominance.  Xi JinPing you overplayed your hand. Badly. I leave it there for now. There are many more Americans than Stooges and Sellouts. JinPing, just remember the word, “Badly,” asshole.

To my fellow American patriots, I am like you still processing the bold, criminal undermining of our election system. I trust President Trump and many of the good people that surround him. We know this election was sytematically stolen from us. Day by day the President lost votes each night in the cover of darkness with poll watchers blocked from observering. Now is a time to stand with President Trump and push back against the Mob. I for one will do that. America First!

4 thoughts on “To the Tyrants”