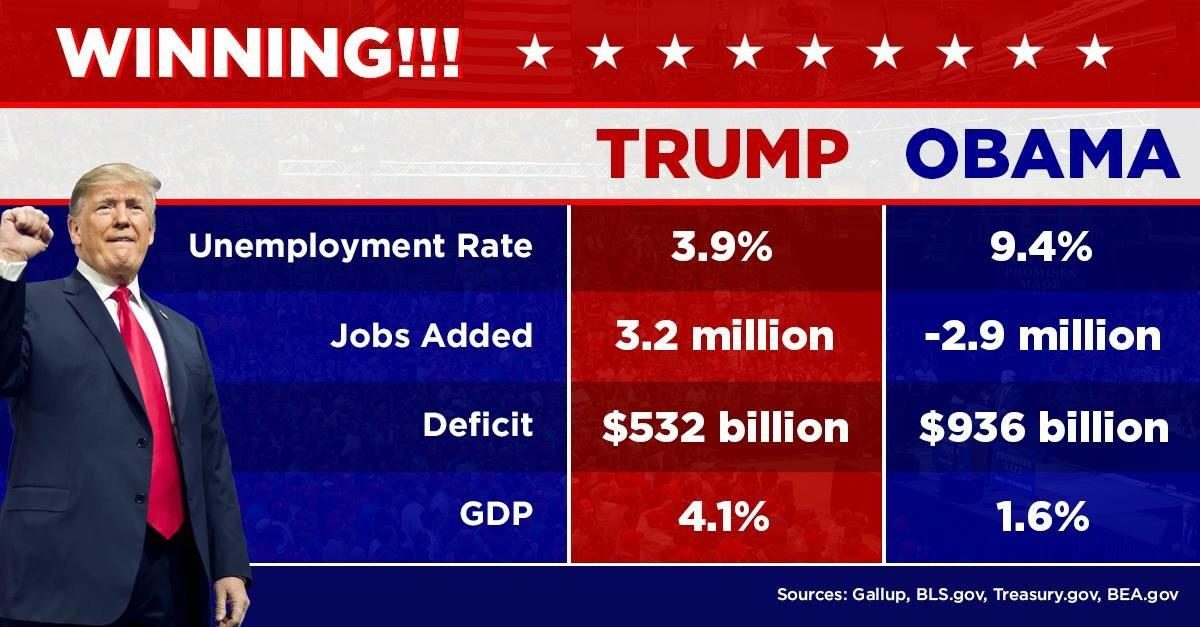 “In the councils of government, we must guard against the acquisition of unwarranted influence, whether sought or unsought, by the military-industrial complex. The potential for the disastrous rise of misplaced power exists and will persist. We must never let the weight of this combination endanger our liberties or democratic processes. We should take nothing for granted. Only an alert and knowledgeable citizenry can compel the proper meshing of the huge industrial and military machinery of defense with our peaceful methods and goals, so that security and liberty may prosper together.”    Dwight D Eisenhower, January 17th, 1961

Among the most shrill cries of ‘no fairsies!!’ to arise in the last two years are those of the never Trump crowd: Bill Kristol, George Will, Bret Stephens, writers at the National Review, the Bush family and their various satellites. This has been puzzling because despite POTUS’s colorful/abrasive style, he’s racked up many conservative wins, Supreme Court picks, regulation cuts and tax policy most notably. So. Why the insane whining from so many ‘center right’ types despite the progress?

President Trump has side stepped, walked around and disregarded the orthodoxy of the center right, sometimes neo-con, always hawkish and seldom military veteran establishment. He has disregarded their playbook completely. He has not sought advice from most of them. He has made them the museum pieces that they really are. He’s attempting something completely new, touching on some noteworthy historic initiatives, but his actions are mostly unprecedented. Here are a few examples of President Trump’s mortal sins, as designated by the traditional hawkish-right handbook:

Economics as foreign Policy: for the hawkish right, the only tool here is economic sanctions against enemy states, to be used mostly leading up to poorly planned and ill-conceived war plans.

Trump has added tariffs to this arsenal to the great dismay of economic purists on the right. Tariffs on everything? No. Tariffs directed at those exploiting the American system. Unacceptable to those steeped in the past, who reflexively invoke the Smoot-Hawley Tariff Act of 1930 each time this tool is used. The globalist conservative right was complicit in selling out the American worker in the last 30 + years while invoking this act from a different time and context. The left is too misinformed to even weigh in coherently. Witness Joe Biden: ‘China is not our competitor’.

Negotiating with Dictators: for the hawkish right, this is only ok on their terms. Threats delivered while we are deploying troops (Iraq, Afghanistan) or worse, concessions achieved with those giving them getting eliminated (Libya-Kaddafi); it also means just offering bellicose rhetoric with zero action taken. Name your 3rd world dictatorship where we’ve not done that under the left and right (Obama and his red lines, JV team, etc).

President Trump has made his own way here. We went full circle from Little Rocket Man to ‘my friend Chairman Kim’ in a short time frame, with the emphasis on finding a personal relationship and appealing to the potential for economic success in North Korea. Had we ever heard an American president discuss developing beach property in a foreign land, let alone NoKo? This approach has sent the Kristols/Stephens/Will crowd into level 5 fits of TDS. While we do not have success yet, we do have reduction in missile tests, nuke activity and the return of Korean War soldiers’ remains. That is 5000% more than his 3 predecessors got done.

Can allies be deadbeats? For the hawkish right, yes of course they can and we should thank them for it. For decades our NATO allies were allowed to NOT pay their bills while their citizens enjoyed lavish social welfare benefits and long vacations. The elitist American right, long alienated from anyone doing blue collar work, only focused on the mission of the alliance and not what the cost was to our citizens.

President Trump shows up and immediately plays collection agent. The predictable response from the right and left is that he’s being mean and disrespectful to our allies. BS. The opposite has long been true. He’s insisting on accountability. He’s got our back.

Peace Through Economic Strength: for the center right, peace, foreign policy and war fighting have never been directly related to economics, even though they may claim differently. Even Rumsfeld while acknowledging the ‘dead enders’ in Iraq with no hope/no job/no life, never offered any solution to why they exist.

Global Competitiveness: Both the left and right forgot about this, as both became remote and sealed off from working America. While encapsulated in the fake bubble of DC, where all drinks are free and all meals are paid lunches and dinners at various ‘events’, they lost all empathy for the American worker.
President Trump in one single act ushered in the game change needed to unleash American economic might: the business tax cut. No one is talking about it but this change that rises above all others. It is reversing decades of off-shoring of jobs. It is restoring faith in the American worker. Companies want to be here now. We finally got the business tax rate to a competitive level. Where does it lead? American economic strength gives us leverage to use in other areas, like the border crisis with Mexico. Unconventional? Yes. While the hawkish right screams about Smoot-Hawley and other imagined horrors, this action just might keep our Border Patrol people safer, just might keep our National Guard Troops home and just might solve some long standing issues. Elitists/Globalists on left and right scream with no solutions.

When America is at its best economically, it can do amazing things, like the Marshall Plan, like the Moon Shot, and even the (FAILED) War on Poverty. We can spend mightily to solve big problems when we are solvent. We currently have a President that knows this, while his adversaries are preaching socialism and offering scolding and shame to the American people – about – well everything.

President Trump has even offered to meet with the Iranian ‘leadership’ with no conditions, emphasizing their economic woes in the meantime.

Venezuela’s socialists will fall soon, and the Russians have announced they are leaving…..

Here’s to Peace through Economic Strength and to victory in 2020!