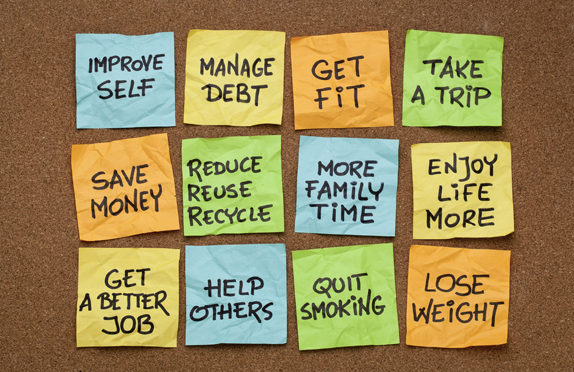 As we begin the year it’s always a good time for personal renewal and reflection.  Let’s offer some thoughts on New Year’s Resolutions for those watched, scorned or celebrated by the community known as the 53rd Regiment.   No one is perfect, anyone can improve, friends and non-friends alike and this advice is free of charge!

Steve Bannon. Clearly the self-appointed king of the alt-republicans has room for improvement.  Steve needs to explore the world of Nutrisystem post haste.  In addition he’s kind of got a combo cave dweller/booze hound complexion.  Some sun is in order, a good night’s sleep and possibly a C-pap machine.  There are likely bowel issues with SB too that may clear up with the Nutrisytem meal plan.  We like Steve B, but Steve B needs to raise his game; he thinks he’s achieved metaphysical perfection.  WRONG.

Ed Gillespie. Ed is a nice guy.  Ed may want to make a resolution to be about 60% meaner should he chose to run again for any office.  Be clear.  Be bold.  Make the choice stark, Ed.  The middle of the road is for dead armadillos, Eddie.

The Mooch. Anthony Scaramucci was the bottle rocket of 2017.  So much to offer, so promising, so colorful – only to blow up spectacularly before our eyes.  The Mooch’s resolution is to shut up and learn self-restraint.  We are not optimistic.  The mooch is that big mouth kid that always ended up getting a wedgie in high school.  Bet he got lots.

Colin Kaepernick. Colin’s resolutions include learning humility, taking a class on logic which may not have been offered at his undergrad institution, and focusing on developing hard skills which could be helpful in future employment outside of the NFL.  The US is short on workers in the skilled trades, such as machinists, electricians, mechanics, welders and air conditioner technicians.  A good start could be an entry level gig as a cable technician.  The cable companies offer good benefits and training which will make his transition easier.

Bill Kristol. Bill, a so called never Trumper, needs resolutions to give him clarity.  I am not a big believer in therapy for those with no diagnosis but Bill could benefit from a regular sit down with a shrink.  He’s clearly bitter and may have issues with self-hate, potty training, shame, and other scary Freudian matters.    Bill may be the best example of a guy who likes his elitist status more thanhe likes conservative principles.  A sad case.

Bill Clinton. Bill’s resolution should be all about getting distance between himself and his accusers who now are believed thanks to Harvey, Matt, Kevin and many others.  Bill’s resolution should be about buying land in places where extradition to the US is unlikely.  Like Snowden, Russia may be an option.  Perhaps an embassy of a 3rd world state like Jullian Assange pulled off.  Is that crazy pedophile island you once visited still available?  Don’t wait too long, Bill.  Rape charges are serious matters.

NFL Owners – the few decent ones. The few decent NFL Owners, (estimating 5-10 max), should set a resolution to sell their franchises by the end of 2018.  Ideally they should sell to annoying morons with no strategic intent like Puffy, Snoop Dog, or other left leaning cohorts with Hollywood backing.  This is the best way to let this sad institution, already circling the drain, to finally implode completely.  Hurry up guys.  The longer you wait the less value you’ll get from an eventual sale.

Jerry Brown. Jerry’s resolution should be to explore the world of anti-psychotic drugs.  New offerings are greatly improved with less side effects.  Governor Moonbeam indeed!

Debbie Wasserman-Shultz. Deb needs many resolutions.  First, smile and be pleasant more.  Her scowl is worse than Hillary’s and that’s saying something.  Next, line up good legal support, and finally, stop cavorting with intelligence assets sent to the US from Pakistan.  These are starter suggestions for one of the biggest train wrecks in the Democrat party and congress.  Also – please shave your head and start over with the hair.

The Bush Family. Resolutions include: move on, get jobs, get lives, realize you’re not entitled to crap, value principles over power.  Grampy may need sex harassment training.  You people are sliding into a shameful place.  Be dignified please.

James Mattis. Resolution is to give POTUS a wonderful plan that eradicates the crazy fat kid, once ISIS is disposed of.

Aunty Maxine (Waters). Maxine’s resolution is to investigate treatments for senility.  We like Aunty Maxine and enjoy her nutjobbiness.  We just worry that she really is nuts.

Rex Tillerson. Rex’s resolution is all about having patience with his boss.  Count to ten Rex.  Take a time out.  You know he’s going to piss you off but he needs you and he means well.  You know it.  Go home and have a Lone Star and a big belch Rex – you’ll feel better.

Hillary. Crooked H needs a resolution related to finding a life.  In the 70’s people went to California to find themselves.  Hillary should consider this.  Certainly Jerry Brown could offer her a place to crash and also share his stash of good pot.  Go west Bitter Crooked Hillary, Go West. Go away.  Hillary would make an excellent prison guard if such an opening should come available after her doobage retreat with Jerry.

Roofman. Roofman, perhaps the most infamous and mysterious mascot in minor league baseball, spiritual guru of the Dayton Dragons, has one resolution and one only: visit and mix it up with your fans, especially the high end fans in the suites at Fifth Third Field!  Photo ops please and no groping!

Shep Smith. Shep has become a mouthy little pain in the backside.   His resolution is to just report the news and otherwise stick a cork in it.  Shut up Shep – just the facts.  If not, the world of Fake News is waiting for you at Fox’s competitors.

Crazy Bernie. Not as many sad millennials are feelin’ the Bern of late.  His relevance is inverse to ‘winning so much we are tired of winning’.  So Bernie’s resolution is to finally get mad enough at Hillary, Debbie, and the entire Democrat apparatus that he seeks justice.  Imagine the satisfaction of insisting on justice and honor, Bernie!  Even better than those dirty books you used to write.  The commie stuff won’t work in an era of winning, so go and get even with that evil lady who did you dirty!  Do it!

Rosie. Rosie is in the Nutrisystem crowd.  Her resolution is to have Marie Osmond as a mentor and lose roughly 115 lbs.  This should help her mental outlook and result in a more positive Rosie less likely to send out homicidal tweets.  Rosie’s issues with guilt, shame, rage, bitterness and body odor are likely to improve on a low sugar diet.

Jeff Sessions. Gomer’s resolution is to start doing his J.  O.  B.

Chris Christie. Mr Beach Chair is also in the Nutrisystem club.  Like Rosie and Steve B, Chris has put himself at risk for early onset diabetes, hypertension, bad knees and ankles, high cholesterol, heart failure, hardening of the arteries, hemorrhoids and many many other undesirable conditions.  Chris’ resolution is to lose 125 lbs.  He should seek assistance from Mike Huckabee who has attempted same 3 or 4 times.  As for next assignments, Chris should explore the world of bus driving.  He’d be great.

James Comey. Newly christened Leakin’ James Comey’s resolution is to come clean and avoid prosecution.  He should seek a deal with current AG, tell the truth on all matters Hillary and ‘collusion’, allow us all to move on, and then disappear.  I am more optimistic on the Nutrisystem Team than I am on this one.

ABC, CBS, CNN, NBC, MSNBC et al. The not so main stream media’s resolution is to keep doing what they have been doing but even more of it.  We speak for many when we assert that the fake news needs to keep circling the drain – only faster.  Keep being parodies of yourselves.  Hurry hurry.

Donald J. Trump. DJT also could benefit from a diet.  Less McDonalds, chocolate cake, double scoops of ice cream, etc.  He’s certainly not in the Nutrisystem Club though.  Beyond that, he needs to get a few more great things done in 18 such as the wall, Obamacare put out of misery, corner the crazy fat kid, finish off ISIS, and the infrastructure deal.  We do not believe POTUS needs a resolution as he is already very goal oriented.  Keeping good people around and limiting the side shows as has been happening is a good thing.  And we need the tweets – we need them bigly.

The 53rd Regiment. Resolution is the keep building the base, inform and entertain.  So far so good – time to double down!

Did I miss a resolution?  Please share your thoughts in the comments!