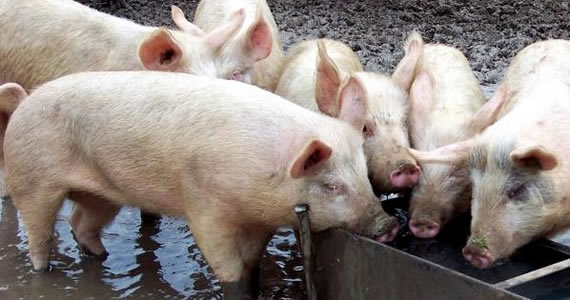 “Regiment, Attention!” I have a message for you from Blackjack Pershing. Now pay attention. “Parade rest!”

“I am coming at the Colin Kaepernick (CK) National Anthem debate from a different perspective. Many years ago an old school business executive I knew had a way of describing clueless entitled executives: Pigs at the Trough. While in most organizations it takes years for these creatures to evolve and emerge, it seems the NFL has developed a fool proof way of producing them quickly.

Over the last several years we’ve watched the classic Pigs at the Trough (PATT) model unfold, while Stan Kroenke and the NFL owners made fools of several cities like St Louis, competing to keep a failing franchise team in their town. In classic PATT mode, the owners met in secret and decided that self interest was once again in their best interest.

Now we have CK and others deciding to use their fame and national TV audience to make a statement and it fits the same pattern. By now you know the facts so they will not be repeated here. Other more logical options for CK to follow his conscience were obvious.

Go ahead and google ‘Colin Kaepernick house and cars’. See what comes up. We have a young individual that enjoys a privileged life style only available in the United States. Look at CK’s life narrative and try to imagine it happening anywhere else. Much more difficult. His story makes his ‘protest’ absurd by any logical standard.

Analysis: CK has everything but wants more. CK is over indulged. CK is enabled by sycophants playing to his biases. CK knows his career is likely in question due to failing performance. CK misses the attention he had when he was winning. CK needs more than the money, he needs attention and constant fame. CK wants to be important. CK has convinced himself he has a message that the rest of us need to hear. CK’s enablers have never given him a reality check. CK hasn’t checked his biases against statistics. CK is a Pig at the Trough, who has been given much but it will never be enough. Money, recognition and fame were not enough for this PATT. He has to have more. It’s more than ego. Its greed that goes way past money, although he may be setting himself up for speaking fees once his failing career finally comes to an that will sound like squeaking flatulence.

His enablers include the national sports media. The most recent and robust example might be the WSJ article by @jasongay that was a long and complicated 16 point justification for an illogical protest. Really? All that tortured rationalization for a PATT that was unable to string together several articulate sentences to talk through his actions after his first ‘protest’? There was a time when defending the un-defendable was left to government prosecutors.

His enablers also include a paralyzed culture of ethics at the NFL. From the top executive down to the coaches, the majority have not made any clear and pointed statements criticizing this behavior. See a recent summary here: https://www.washingtonpost.com/news/early-lead/wp/2016/08/29/what-nfl-coaches-are-saying-about-the-colin-kaepernick-controversy/

Once again: Pigs at the Trough. And maybe these PATTS, the top executives, owners and coaches are the worst PATTS of all. The CK’s of the world are many; chowderheads that think their new found wealth also makes them a guru; NFL leaders should know better; they get paid to develop these kids into more than just players: responsible role models, if not just decent citizens. They don’t speak up due to the politically correct and corrupt culture of the NLF. They lack character and play it safe for the sake of their high incomes and notoriety. PATT’s of the first order.

While I am generalizing I will will admit there have to be good and decent players and leaders across the NFL. The question for fans is really how much can you put up with and for how long. While I have never been a huge football fan, I did pay attention to several teams and the post season. My interest is about zero right now. For those more passionate – what will you do as your country is denigrates? Just hope it gets better? Sadly, Pigs at the Trough are never satisfied. They just want more.

My advice: turn off the NFL. Get off the couch. Go outside. Let others know your disgust with this growing group of BIG FAT PATT’s.” End of Cable …

“Regiment, Blackjack has spoken. He has been heard. Heed his words.”

3 thoughts on “Pigs at the Trough”