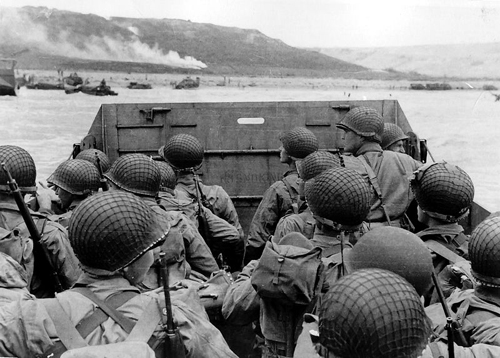 The entire country rallied around freedom. Those who could serve, mostly younger than than those reading this article today, stood in line to enlist and to fight for freedom. From North Africa to Anzio, to Normandy and Iwo Jima, they proudly stood by their fellow soldiers, airmen and sailors in arms to keep our country safe. Those at home made the American war machine invincible. Mothers continued to raise our children. Seniors and children alike were part of the effort to ensure liberty prevailed. Rations and black-outs were the norm in the homeland, as well as long days producing the food and goods to keep the American war-machine going to ultimately prevail.

Those of the greatest generation that fought overseas, most of us have fathers, mothers, grandfathers and grandmothers who were part of that effort, were selfless. Again, they were selfless. They wanted to come back home. They dreamed of coming back home. They talked about coming back home. But they were willing to pay the ultimate sacrifice to keep freedom alive. In those times you deployed until you were killed, critically injured, or the war was over.

We have to take a moment to pay our respect for those that gave the ultimate sacrifice that allows us to enjoy the freedom we have today in this great county. Politics aside, we have a democracy which was saved by those in the greatest generation. Let’s pay our respects. Let’s remember freedom is not free but paid for by service of special Americans. Those before us and those that come after us, including our children. Let’s keep America safe. Let’s all do our part.