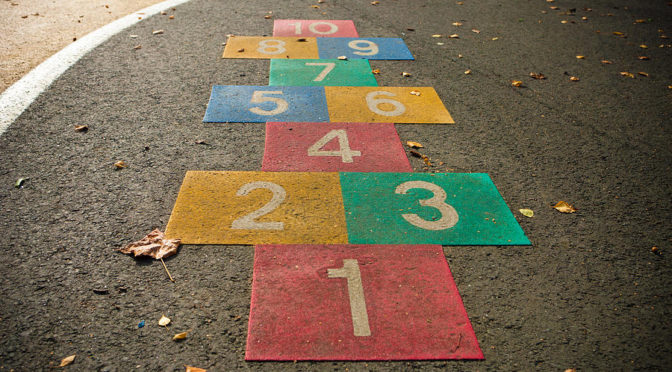 Have you noticed how the Democrats, the party of Trump resistance, keep hopping from one subject of resistance to the next? Almost everything that happens in Washington DC these days is not about moving the country forward but about getting Trump; resisting the Trump presidency, country be damned! After he was elected, and before he took office, the Resistance Swamp Dwellers and the main stream media (MSM) loathers, organized and conspired to bring their daily barrage of hate filled rhetoric to the airwaves creating one conspiracy after the next, the Resistance Hopscotch Movement.

Red 1 is the Russian collusion accusations against Trump. Mask Hillary’s Uranium One deal, downplay over 30,000 classified and sensitive emails compromised on her private server and ignore the rigged DNC party nomination over Bernie through false Russian – Trump collusion allegations.

Green 3 get DoJ Sessions to recuse himself from the Russian collusion investigation, appoint a special prosecutor and then set Trump up for obstruction of justice or lying to investigators. Use the Deep State to pressure from within.

Blue 5 label Trump a racist and a bigot marginalizing him over the wall, attack his criticism of sanctuary cities and claim he is anti-immigration.

Yellow 6 label his tax cuts as “crumbs” to counter Americans keeping more of their hard earned money while stating the plan really benefits big business and the Trump organization.

Green 7 brand Trump a nationalist over his pullout of the TTP trade deal and the Paris Global Warming treaties, while threatening to reduce US involvement in NATO.

Yellow 8 storm Trump’s past history with woman to label him a misogynistic pig. Take full advantage of every woman that claims an allegation against him by elevating the story as featured news.

Blue 9 continue to claim Trump is unfit for office and should be impeached. Use democratic politicians and MSM to repeat the narrative daily through multiple news outlets. Make it a reality.

Red 10 circle back to the Russian collusion narrative when all else fails. Ensure Deep State activists withhold key evidence of the false orchestrated Russian collusion campaign that included the fake dossier, the illegal FISA warrant and the many bad actors that facilitated the false narrative in MSM and government.

While the democrats and MSM hopscotch from one false story to the next, American has grown bored of their resistance undermining America.