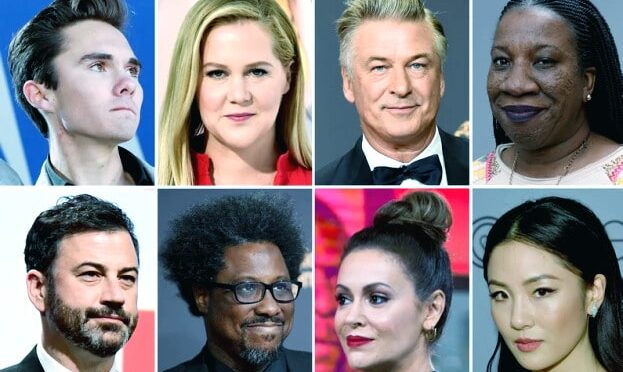 I disagree with Weird Al – he provided us many big laughs over the years.  But there is a new group of nincompoops with an equally disgusting habit that I’d like to discuss with you today: Activists

How about the clowns that have that word ACTIVIST in their social media profiles.  One positive thing about this is it’s good way to avoid morons.  Like a leper yelling ‘Unclean!’ from a distance 2000 years ago, ACTIVIST on a Linkedin profile screams ‘I am a huge doofus!!!’  Thanks for the tip, Bonehead, I’ll move on.  These yutz’s also frequently have their preferred pronouns posted next to their name: he/him, she/her.  How ‘bout we just go with the gender neutral ‘Big Dummy’or maybe ‘Buffoon’ is more to your liking?

Even worse are the ACTIVISTS in media, portraying themselves as legitimate journalists – when they really are leftist activists spewing talking points and propaganda that would make Pravda editors blush.  Stelter.  Cooper.  Tapper.  Cuomo.  Holt.  Todd.  Stephanopoulos.  Sharpton.  Lemon.  Maddow.  Mika & Schmoe.  You know them.  No talent ACTIVISTS.  Nosepickers ALL!  They’d never be welcome at any social event where normal people assemble.  Most of their parents will not let them come over either.  The great Spiro Agnew called them ‘nattering nabobs of negativity.  He knew.

Activist Athletes may be the worst.  Colin Kaepernick and Lebron James perhaps the Apex of nose picking absurdity.  One became an activist after being benched, the other clearly owned by China.

Like nose pickers, Activists seem to be everywhere.  Unlike many nose pickers, activists don’t try to hide what they do.  The are disgusting and improper in plain sight.  Let’s all shun them and call them out for the disgraceful POS’s they really are and get them a damn Kleenex.  Gross!

7 thoughts on “Activism is the New Nose Picking”