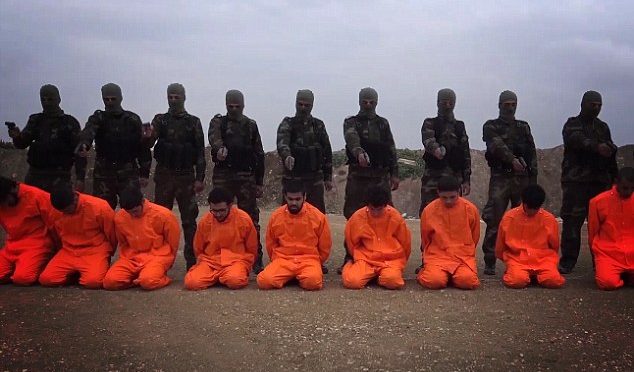 Let’s get straight to the point. Evil in this world exists like we have never seen it. Let’s start by recognizing that. Let’s not give this evil the name they want – ISIS – let’s call them evil and leave it at that. We are being led by incompetent leaders who see the world through the eyes of a fantasy land. They say things are better, we are making progress, we are going to degrade and destroy. They are foolish. These terror attacks – radical Islamic terror attacks by deranged and evil people – continue to happen and happen more frequently. Let’s call out the enemy for what it is and then do whatever is necessary to defeat it.

Enough of winning hearts and minds, that ship has sailed. Everyone knows that there are peaceful Muslims and we all know many, but that is not the point here. The point is we have to eradicate this ideological threat and recognize that it is radical Islamic ideological threat. If we bury our heads in the sand our world will become even more dangerous. Ronald Reagan had it right in 1986 in bombing the Qadafi and the terror regime in Libya – that we would go with our allies if possible, and alone if necessary. He meant what he said!

Boots on the ground – hell yes!!! Not to do nation building, that has never worked and we have to recognize that. Our objective needs to be clear and only protecting American interests and the interests of those nations that join us and fully commit. Let’s deploy not only the military but every of-age citizen with the means to fight with whatever weapon they can muster. Let’s mobilize our entire military, Air Guard and commercial air asset. Let’s freely climb aboard. Let’s fight. This insanity is pure evil and it must be eradicated. Think of our families, our children and future generations to come. Make the right choice on election day come this November! Time to fight!

One thought on “Eradicating Evil”