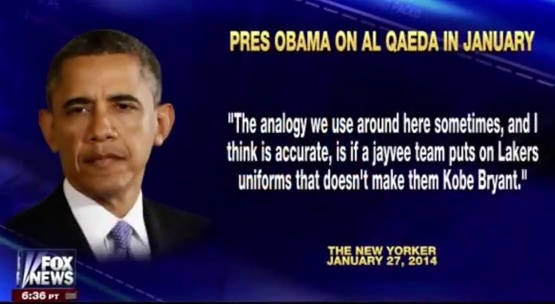 Since 2009 the Islamic State of Iraq and Syria (ISIS) has killed 88 Americans in the continental United States alone.  Moreover, injuries are three times this number. In Europe, Iraq, Afghanistan, Turkey and numerous other countries, ISIS has killed, tortured, persecuted and mutilated thousands, especially Christians.

How does our President respond? It is a good time to allow ten thousand Syrians into the US with a highly flawed, semi non-existent vetting system where ISIS has openly told us they will imbed their fighters with the “immigrants.” They have already successfully done so in Europe which has resulted  in several attacks in France, Belgium and Germany. This will only continue. Estimates of the “immigrants” coming into the US are that 60 – 65% of them are young men, the fighting age. Where are the woman and children? (Why there is not a No Fly Zone over Syria to safeguard innocent populations is another missing piece of a coherent strategy).

Another brilliant piece of the Obama Administration strategy in the war on terrorism is releasing the worst of the worst terrorists from GTMO. Why, from Obama’s perspective, is he doing this? Because these terrorists were captured without being read their Miranda Rights and they weren’t given a fair trial. In other words, our President believes our enemy should be afforded the same constitutional rights as US citizens, while they plot and murder US citizens worldwide. Hello, whatever happened to wartime tribunals where evidence dictates a death sentence or lifetime imprisonment as we did in WWII with the Nazis? … And we wonder why we are losing!

To use a military term, all of this is “Backassward,” in other words, BarackAssWards?

The Barack Obama strategy in fighting ISIS and terrorist organizations could NOT be more BarackAssWards, more wrong, more arrogant, and more FUBAR’d up than this. The “JayveeTeam” is kicking his ass every day and Americans are paying the price for his “leading from his behind,” his myopic arrogance and perennial weakness. Let’s not even get started on his deal with Iran and lying to the American public every step of the way to enable the Iranians with a Nuke … And these liberals want to criticize Donald Trump for inquiring about US nuclear strategy? Obama, Clinton and Kerry just armed the Iranians with a Nuke that they WILL use against the West as soon as it is weaponized, and the opportunity creates itself.