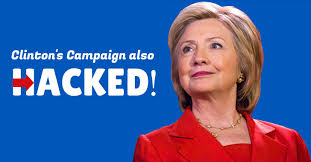 So this week we learn that Hillary Clinton discussed “our friend” in her emails over her personal unsecure server she used to conduct State Department business among other inherently governmental activities. “Our friend” was the Iranian nuclear scientist providing the US with information about the Iranian nuclear program to include the progress they were making toward building a bomb. This past week the Iranians executed our friend due to their discovery he was providing the US with Iranian secrets. How might the Iranians found this out? Just “carelessness” as the FBI Director summarized the non-charges against Clinton? Or willful neglect of properly safeguarding US classified information leading to the execution of this poor soul. Clinton is compromised, Comey’s integrity is compromised and the willing media failing to adequately investigate this matter is compromised.

More concerning is the prospect of her winning the Office of President of the United States. What are the contents of the 30 ,000  missing emails and who has them? Russia, China, Iran, etc. and how will they chose to use them? Are they waiting until she is elected President so they can blackmail her and compromise the US position on a variety of strategic interests forcing Clinton to not act on what is best for the United States? These are real concerns that should be looked into by our government and the news media but both have been compromised. Accountability, honesty and integrity have been compromised by the Democratic Party ruling at all costs  including the willing Republican Party Elite that tolerate this behavior without so much as a fight. Instead they sign letters attacking Trump for being flippant and undisciplined. Which is worse?