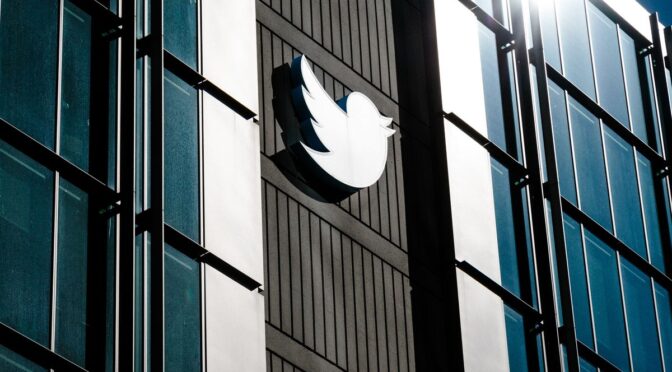 By BlakJakPershing on GETTR and BlackJackPershing on Truth Social, similar on Gab, Clouthub and Parler

“Any customer can have a car painted any color that he wants so long as it is black.”   Henry Ford

When automobiles were first created, there was a shake down period when it wasn’t clear which form of propulsion would win out. There were electric, steam powered and internal combustion engines. Over time the internal combustion option proved most reliable and improvable. For several decades now that technology as been continuously improved, likely to be replaced by electric for any number of reasons, but mostly due to improved batteries and lower costs of electric motors. (NOT advocating here folks).

What does this have to do with anything you might ask? We are now in the conservative social media shake down period. Here is an analysis of how to view each platform.

Twitter: The platform of the moment. Kudos to Musk for ruining their fake little leftist world. I am exercising extreme caution. Several conservative pundits reactivated their accounts immediately upon the news of the sale. With all due respect, my opinion of those people is that they are social media whores, anxious for followers to push their book sales and other items to peddle, but not exactly using high standards. Mr. Musk has a long way to go to fix an organization afflicted with insidious leftists in almost every job. The shadow banning, the lousy algorithms, the inability to gain followers, the invisible tactics that we never see that restrict conservative viewpoints – all of it will take months if not years to fix. I will not re-engage until we see massive evidence of change. That will mean turnover of hundreds of employees, a headquarters move and reinstatement of all conservatives banned for flimsy or fake reasons. We admit that Twitter remains the best place to tweak, troll and provoke leftist tools, and we do miss doing that – very much. Hoping to be back some day, but for now, NO.

GETTR: By far the best of the ‘post twitter’ options. We give big credit to Jason Miller and the many others involved in getting this platform off the ground. GETTR is immediately interactive in a way Twitter never was. It has been relatively easy to build a base of great followers and to follow others. We have found may of the great patriots we met on Twitter have come to GETTR. One can find all of the fun memes and humor found on Twitter. Personally, I have also challenged patriots to dump Twitter and come to GETTR while Twitter remains a leftist censorship zone. Not all have agreed.

It is astonishing what you can do when you have a lot of energy, ambition and plenty of ignorance.“ Alfred P Sloan

Truth Social: This was to be the great hope of conservatives, the one that would allow us to counter the Tech Giants, the one run by Devin Nunez, under Donald Trump’s guidance, influenced by his record of success. Well. So far, not so much. Still waiting for a DJT tweet. Still capped at 7500 in terms of who you can follow. Slows down randomly. DJT has been remarkably patient with Devin. We expect better, gentlemen.

GAB: the best place to go for memes and humor. Its anything goes on Gab, and I have seen some scary stuff on there that pushes the limits of good taste.

Parler: It was great until it wasn’t. When it debuted, it had potential. Twitter refugees went there in droves. Then Big Tech killed it. This whole episode should not be forgotten. Apple, Amazon and others were all in on it. There needs to be a reckoning. As it now stands, Parler is yesterday’s news and kind of clunky.

Take my assets – but leave me my organization and in five years I’ll have it all back. Alfred P Sloan

Clouthub: this is the platform on which you are most likely to get messages from sexy lonely women. It’s ok. Not great.

Telegram: I have not used it but I hear good things, similar to GETTR.

Frank Speech: Start up issues turned me away. They started promoting it before it was ready. I tried to get on and could not at first. Once I did get on, all I was able to access was Mike Lindell videos. All due respect to Mr My Pillow, but frankly, I wasn’t interested. Additionally, the word ‘frank’ isn’t a real appealing one for an app. Mark Levin’s moniker for a certain congressman, ‘Barney’s Frank’ comes to mind.

Tik Tok: tried it before President Trump pointed out it’s obvious security flaws and Chinese ownership and data harvesting. It is an insidious app, designed to draw you in and waste your time. Don’t do it. This is one of several apps destroying the brains of Gen Z. It really is garbage.

Facebook: increasingly irrelevant and becoming the tool of choice for neighborhood Karens, snoopers, nosy co-workers and all purpose assholes. It is still the go-to to see pictures of what some dope you connected with in high school had for lunch. Facebook – a ghetto for the nosy, the stupid, and the easily manipulated. If you get your news from Facebook, you might be a dumbass.

That’s my take fellow patriots – let’s hope Twitter get’s its act together so we can go back and provoke the woke. I am optimistic that Mr Musk can get it done. The take down of the Stalinist, Leftist Big Tech Cabal has begun. 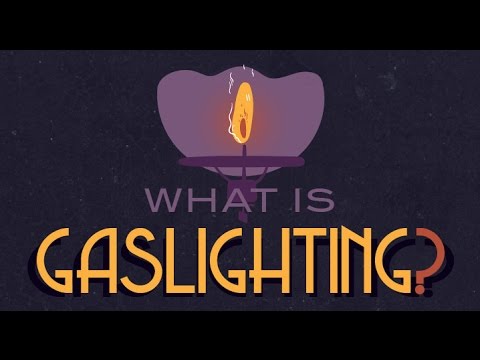 Have you ever asked yourself, ‘am I crazy?’ If you have ever asked yourself that, you’re not crazy. You’re most likely being gaslighted.  Gaslighting is a form of psychological abuse aimed at controlling a person by altering reality to the point where the person will doubt their own sanity.

The term “gaslighting” comes from a 1930’s play called Gas Light. The main character in the play literally tries to drive his wife crazy by gradually dimming the gas-powered lights in their home. When she notices the lights dimming, her husband not only denies that the lights are dimming, he convinces her that she is imagining it to the point where she questions her own sanity.

New York State has twice as many deaths from Covid-19 than any other state, and New York has accounted for one fifth of all Covid-19 deaths, but we are told that New York Governor Andrew Cuomo has handled the pandemic better than any other governor. But if we support policies of Governors whose states had only a fraction of the infections and deaths as New York, we’re called anti-science and want people to die. So, we ask ourselves, am I crazy?  No, you’re being gaslighted.

We see mobs of people looting stores, smashing windows, setting cars on fire and burning down buildings, but we are told that these demonstrations are peaceful protests. And when we call this destruction of our cities, riots, we are called racists. So, we ask ourselves, am I crazy?  No, you’re being gaslighted.

We see the major problem destroying many inner-cities is crime; murder, gang violence, drug dealing, drive-by shootings, armed robbery, but we are told that it is not crime, but the police that are the problem in the inner-cities. We are told we must defund the police and remove law enforcement from crime-riddled cities to make them safer. But if we advocate for more policing in cities overrun by crime, we are accused of being white supremacists and racists. So, we ask ourselves, am I crazy?  No, you’re being gaslighted.

The United States of America accepts more immigrants than any other country in the world. The vast majority of the immigrants are “people of color”, and these immigrants are enjoying freedom and economic opportunity not available to them in their country of origin, but we are told that the United States is the most racist and oppressive country on the planet, and if we disagree, we are called racist and xenophobic. So, we ask ourselves, am I crazy?  No, you’re being gaslighted.

Communist countries killed over 100 million people in the 20th century. Communist countries strip their citizens of basic human rights, dictate every aspect of their lives, treat their citizens like slaves, and drive their economies into the ground, but we are told that Communism is the fairest, most equitable, freest and most prosperous economic system in the world. So, we ask ourselves, am I crazy? No, you’re being gaslighted.

The most egregious example of gaslighting is the concept of “white fragility”. You spend your life trying to be a good person, trying to treat people fairly and with respect. You disavow racism and bigotry in all its forms. You judge people solely on the content of their character and not by the color of their skin. You don’t discriminate based on race or ethnicity. But you are told you are a racist, not because of something you did or said, but solely because of the color of your skin. You know instinctively that charging someone with racism because of their skin color is itself racist. You know that you are not racist, so you defend yourself and your character, but you are told that your defense of yourself is proof of your racism. So, we ask ourselves, am I crazy?  No, you’re being gaslighted.

Gaslighting has become one of the most pervasive and destructive tactics in American politics. It is the exact opposite of what our political system was meant to be.  It deals in lies and psychological coercion, and not the truth and intellectual discourse. If you ever ask yourself if you’re crazy, you are not. Crazy people aren’t sane enough to ask themselves if they’re crazy.  So, trust yourself, believe what’s in your heart. Trust our eyes over what we are told. Never listen to the people who tell you that you are crazy, because you are not, you’re being gaslighted.