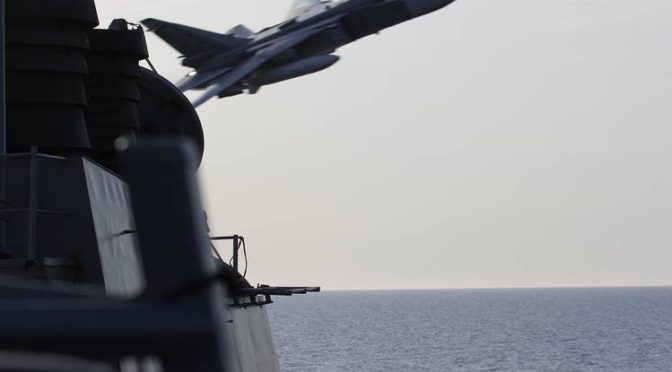 Russian SU-24 Fighters recently buzzed a U.S. Navy Guided Missile Destroyer in Baltic Sea – coming within 30 feet of the Ship’s bridge with the wing on an attack profile – USN ship was 70 nautical miles from the nearest Russian Naval Base and made no attempt to respond in kind. We sent an intelligence collection plane where we were again humiliated when Russian fighters did barrel rolls around our brave men and women and we again had no response.

We will keep this article short and to the point. We should have immediately sent a Carrier Strike Group to the Baltic and launched 24/7 fighter sorties that flew continuously along Russia’s 12 Nautical Mile Territorial limit – and they should have been armed and ready to fight. Nobody wants war, but the key to keeping us safe is peace through strength and the will to fight when necessary. Our military gets it! Weakness invites war when we demonstrate a lack of will to stand up to the Law of the Sea. I am hopeful the upcoming election will give us the change to get our dignity back. Vote!

Clearly, the Rules of Engagement the US Navy is operating under these days has been neutered by a feckless Administration.