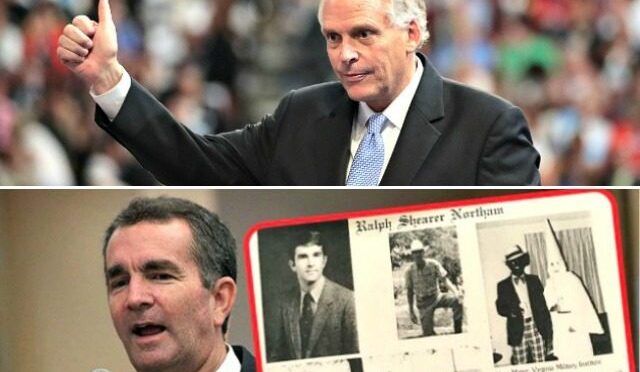 On Assignment in the Common Wealth of Virginia

Nothing says awful like former democratic Governor Terry McCauliffe, a Clinton operative turned politician. Nothing says  home grown Virginian like being born in NY,  mentored by the Clintons and the Democratic machine; and doing business with the Chinese on a failed electric car company and accepting their fundraising gifts during his campaign. Terry is right for Virginia simply because he does what is necessary to win. Facts are not inhibitors nor are they irritants to Terry. Facts are to be dispensed with falsehoods that can be repeated to the point where Terry gains the advantage, like Joe’s Build Back Better. Terry’s brash in your face ability to flip lies in his favor is artful, a trait shared with Joe Biden.

While @the53rdregiment has endorsed GOP candidate Youngkin for Virginia Governor, once again I appreciate the opportunity to present an alternative view to the very sizable 53rd platform audience. Even though I know McCauliffe brings baggage to this race as a once underperforming governor,  nothing says retread like Terry. Just roll his ass out there again so he can claim his first term was successful. After all, look at his legacy, Governor Northam, Mr. Blackface himself mentored by Terry. What a success. Heck, Ralph Northam can even moonwalk when he’s not advocating for abortions post birth. At the end of the day, nobody can defend his woeful policies better than Terry. It is that simple, democrats have no viable bench of governor candidates in Virginia other than Terry.

The one thing that separates Terry from Joe is that Terry can at least coherently string multiple sentences together. Both men have profited greatly from government larges but this is what democrats do when they are at their very best. This has never been about public service for Joe or Terry, oh no, this is about personal profit and power. Control the message, control the purse strings and control who gets paid.

While Youngkin has rightly criticized McCaulife’s record, Terry moves to strengthen his radical base by defending his call to defund the police and telling parents they have no right to tell school boards what they should be teaching their children. Government schools know better than parents what their kids need to learn whether they are inherent racists or inherent victims based on their skin color, not their character. We are 21st century divide and conquer democrats, not Martin Luther King democrats. Ignore the fact that Terry sent all five of his children to private schools choosing what education his kids got. If it wasn’t for double standards Terry would have no standards at all. Doublespeak is one of Terry’s strengths. This author admires it.

Many democrats are worried that Youngkin has closed within 3% points in the polls, while others plot and scam trying to figure out how to maximize the northern Virginia vote where they’re  countless drones and freshly minted illegal migrants. Democrats are very good at math in counting the vote too. Wink, wink.

McCauliffe is proud of his closing argument. The choice is clear and there could not be a greater contrast in the two candidate statements from the last debate:

Republican Youngkin: “I believe parents should be in charge of their kids’ education.”

Democrat McAuliffe: “I don’t think parents should be telling schools what they should teach.”