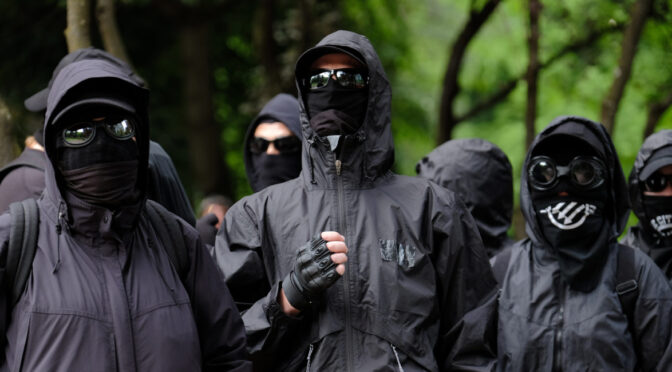 Antifa’s Proud Motto: We are the Bowel Movement of Movements

If you are a Soy Boy like me, a soft little bitch who can’t handle even the slightest amount of pressure, and will get “triggered” by almost anything, you are an ideal candidate for the Antifa Academy. If you are transgender, we want you. If you dropped out of high school, are unemployed, live in Mommy’s basement, have poor hygiene, hate America or have a heroin addiction, the Antifa Academy can bring more purposelessness to your life. We won’t judge you, we’ll just train you to be stooges for leftwing, progressive, democratic causes to destroy America.

The beauty of Antifa is we are an oxymoron organization. We call ourselves anti-fascists but we are modern day brownshirts. We actually model our tactics off of Nazi and communist regimes. We are as bigoted as they come. Our essence is hate. We hate America. We hate democracy. We hate law and order. We hate the police. We hate white people and even if we are white, we hate our own whiteness. We are a highly decentralized group of miscreants that have no real prospects in life. We have no future and we know it. Many of us are bedwetters and need adult diapers. We have bad teeth and we are not even British. We smell and we do not bathe.

We know Joe Biden and Nancy Pelosi are losers too and we don’t like them. However, we helped put them in office through chaos and destruction of America’s cities because their handlers paid us. They look like us. They are incompetents like us and not very bright. We know Joe Biden is not in charge and that Obama and Soros are calling the shots. We are part of Obama’s plan to “fundamentally transform America” into a shithole where there are only elites, enforcers and lower class people. Our main goal is to do our part in Obama’s transformation of America and bring destruction of the American dream and the middle class. Obama implemented the vision in 2008 with his election and Soros is funding all of the hate and fake news. CNN and MSNBC are our news networks. We even like Chris Wallace of Foxnews because he’s a shill for the left.

By now we likely have your attention.  If you are a strong Andytifa or Angelatifa candidate, you must be getting chills thinking about joining our ranks. Our good friend Steve Inman has chronicled our many success stories. I invite you to watch them here. If you represent the true repugnant, dower spirit of #Antifa, you’ll be so inspired after watching Steve’s video’s that you’ll want to do your part in destroying America and defunding the police.

How to apply to Antifa Academy?

We are currently recruiting new members in preparation for the fall 2022 elections. The Antifa Academy Class of 2022 will begin in October 2021 and graduate in May 2022. If you are unfortunate enough to be selected some suggested readings include Rules for Radicals by Saul Alinsky, Mein Kampf by Adolf Hitler, Dreams of My Father by Barack Obama and American Crisis by Andrew Cuomo. While these books are written at a elementary level and not very good, they’ll give you an appreciation for tyranny.

Lastly, a few tips for your application on what we look for: 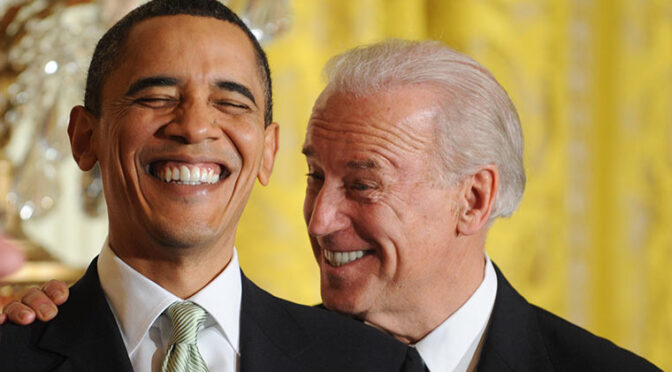 Joe Biden! ObamaCare, Shovel Ready Projects or losing an embassy and an ambassador in Libya might be Obama’s greatest legacy. It  isn’t even close. Others argue allowing the Russians to take the Crimean Peninsula from Ukraine, or creating ISIS from his premature withdrawal from Iraq or maybe even the dearth of an American economic revival during his eight year tenure as President. But we know Obama’s greatest legacy achievement has to be the puppetry involved in getting Joe Biden “elected” president.  What other magician could pull this off? A close second is the division Obama created across America that has only grown empowering leftists and progressives on a grand scale but in the end you must credit Obama for the Biden presidency. Simply a feat no other mortal could have achieved.

Who else but Obama could have pulled Biden out of the failed politician dustbin of life and not only run him for president, but gotten him elected as a dysfunctional sputtering slow witted stooge that has been more wrong than right. Fifty years of failure serving himself and his extended family, a model for kleptocracy perfected, the Joe Biden charade is on full display each day. Candidly, even us progressives are amazed that Obama pulled this off. I mean what a gift to late night comedy shows if they weren’t so biased and compromised by leftists. One admission about leftists and progressives, we are pretty much joyless and lack a sense of humor. However, when it comes to Joe Biden as president, even we are laughing our assess off that he was “elected.”

With each passing day Obama works to credit Congressman Clyburn for getting Biden elected. While Clyburn was instrumental in southern democratic primaries, it was Obama who got Joe’s primary opponents to fold to block Bernie from being the democrats candidate. Old democratic politics, payoffs and threats won the day to push Lunch Bucket Joe forward. Candidly, it is understandable that Obama doesn’t want the credit getting Biden elected after watching his daily performance, but it is all Barack’s.

Consider the Biden Basement Strategy of sticking Joe in his basement for his campaign, minimizing media engagements, and his staff writing scripts at a 6th grade level to reduce mistakes by this gaff machine. None of us really expected Joe to win but Obama and the Democratic Machine fully leveraged Big Tech to censorship, Facebook and Soros to fund and Unions to hire their workers to manipulate ballots and harvest votes. The ultimate fraud employed by the Deep State was manipulation of the vote count by Dominion Machine operators and former members of Pelosi’s staff employed by Dominion. Something to be said about strategic placement of democratic operatives.

Lastly we’d like to thank our Big Media friends over at Foxnews, CNN, MSNBC, and many others from our network blocking the truth and spreading Obama’s Big Lie that Joe Biden is president and he won the election fairly. Come on man, does anyone believe Joe Biden received 81 million votes, 12 million more than Obama’s 69 million votes in 2008? Obama’s legacy, he pulled off the Big Lie getting Joe Biden into office as president, whether elected fairly or not. Obama, the puppet master of all manipulators. Bravo Barack!

The 53rd Regiment presents a guest author, Mr. Matthews Cooper, crediting President Obama for the election of Joe Biden.  This is Matthews fifth article written exclusively for the 53rd Regiment. He is an old friend with very different views from the editorial board of the 53rd.  Please share your feedback with Matthews and the 53rd in the comments section below.