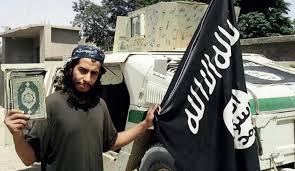 Rumination’s on This Crazy World

Dateline: Havana (53d)- Barack Hussein Obama, President of the United States (acting), basking in the warm afterglow of European-style man kisses with new BFFs the Castro Brothers, was clearly moved this morning when one of the few sober Secret Service Agents on his personal security detail informed him of the carnage which occurred earlier this morning in Brussels, Belgium.

“All Americans stand in solidarity with our Belgian allies on this sad and tragic day. I am directing the full investigative and prosecutorial might of my administration to immediately focus on the identification and ruthless termination of these terrorists. American investigative and judicial might shall relentlessly focus on two very likely perpetrators of these heinous crimes: Free Will Baptists and Climate Deniers. Free Will Baptists who are ALSO Climate Deniers will be prosecuted first. Today we declare Jihad on these merchants of terror.   Some on the right continue to castigate me for failing to falsely accuse “Radical Islam” for these attacks. My administration and I refuse to give in to these misguided calls. Our Islamic friends don’t handle snakes or speak in tongues, for heaven’s sake, nor do they deny settled science!

Sure, cutting off heads, tossing homosexuals off of buildings, and crucifying infidels on live television is a little icky, especially in Hi-Def, but my goodness, these folks are simply misunderstood.   I’ve ordered Director Comey and Attorney General Lynch to immediately halt the misguided investigation into Secretary Clinton’s Top Secret home office E-Mail server…I mean, yo, who would be arrogant and stupid enough to mishandle classified information that way? We will redirect these critical resources to finding the real killers, and I am delighted to report that O.J. Simpson has agreed to lend his considerable experience in this area to assist us.

Today I declare that we will find and finish radicalized Baptists and carbon spewing, Pickup Truck-driving rednecks who are destroying our beloved Gaia. Our Belgian friends deserve no less…..and you Jehovah’s Witnesses and SUV drivers? I’m watching you.” Pointing two fingers towards his eyes and then towards the crowd, BO strode off the stage, a president (little p) on a mission.