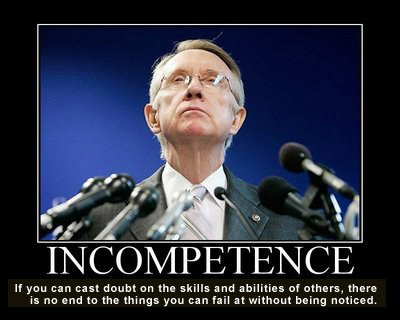 Spitball. Does Chris Matthews even have an audience? How can Trump be so stupid to be set up by Matthews baiting questions on abortions? The bully got bullied by a media bully. Matthews, aka, Spewing Spitball, verbally bullied Trump into getting the set up answer he sought, that woman who have abortions should be punished, criminally. Spewing Spitball kept asking baiting questions at a rapid clip and Trump surprisingly tolerated it without pushing back, slowing him down or telling him in vintage Trump, “excuse me, excuse me.” Now Spewing Spitball can hit the wine circuit tonight and be celebrated as the Left’s darling as he helped produce one of Hillary’s campaign ads attacking Republicans and Trump over criminalizing abortion. Spewing Spitball wins the day.

War on Woman. Here it comes. Abortion hasn’t even been a topic of any significant discussion let alone a matter discussed during debates but Matthews, I mean Spewing Spitball, has set it up for the Clinton campaign and Hillary to run with in the general election attacking Republicans and Trump. It’s all predictable for the Dems and their media accomplices to bait, set-up and enable the attacks. Yup all women are going to be sent to dark allies now for their abortions and birth control because republicans are going to take them all away, along with their reproductive rights. There will be no reproductive rights for women once the republicans are elected. Here comes the tired, ruthless democratic campaign that is dragged out every few years. Clinton and Sanders need their limitless abortions right up until the birth of a baby. Yup, nothing outrageous there. Just have those reproductive rights available to terminate another baby right up until the moment of birth.

Guantanamo Bay (GTMO). Home of Joint Task Force Guantanamo Bay, where we continue to hold some of the most hardened terrorists this planet has ever known at so called “Camp Justice.” [ Where is the Justice?] However, as Obama races to release and empty out all the terrorists from this camp before he leaves office, is justice being served? Hell no! He’s got this all back-ass-wards! The world is on fire from terrorism, four more Americans killed in Brussels two weeks ago (along with 50 other innocents in Europe), while Christians are being persecuted and killed throughout the Middle East, Iran, and Pakistan by ISIS, Al Qaeda and other Islamic Radicals. Meanwhile, Obama remains divorced from reality emptying GTMO while terrorism rages. The western world is at war against Radical Islam and while our enemies continue to plot and plunder the civil society, the west is unfocused, unserious and with Obama as the free world’s leader, America and the west remains aimless, detached and fails to name Islamic extremism as the enemy. If you can’t name your enemy, you can’t fight your enemy let alone destroy your enemy.

GTMO is causing terror according to BO who has demonstrated his complete misunderstanding of our enemy. He is coordinating release after release of major terrorists that will regroup, reorganize, re-arm and kill innocents and Americans again. Recidivism does not concern BO. He’ll never fight in a foreign land; he’ll have life-time secret service protection; and he knows better than all of us. When GTMO is no more, all terrorism will cease and the Jihadi ’s will become peaceful according to our president. BO knows better than us. He lost Iraq; he lost Syria; he lost Libya; he lost parts of Ukraine; and he created ISIS. Obama’s foreign policy of destruction is on the march at a record clip. Hell has been unleashed on America by our President and one begins to wonder if this is by design? The 53rd Regiment is bewildered at this level of incompetence and it is only natural to be left with this question — is the Obama Administration this inept or is something more sinister at work here?