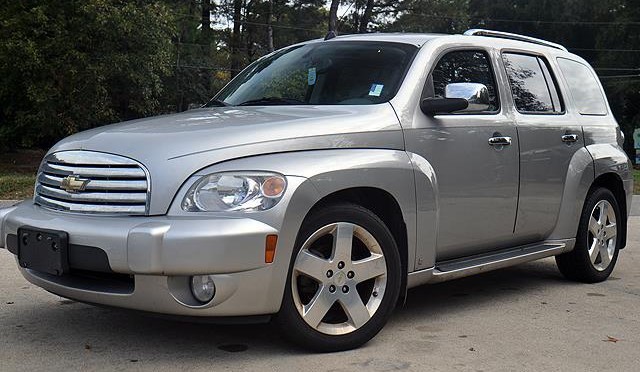 Style, practical, and elegant? The Chevrolet HHR, an American 21st Century classic powered by a mighty four-cylinder engine. Was the HHR a beauty of an American automobile or an embarrassment to the driver? She got the job done, no argument there. Some basic transportation with decent fuel economy styled after the Chevrolet 1949 Suburban, but in the form of a small car, the Chevy HHR,  stood for Heritage High Roof (HHR). One either loved it or hated it. You either felt cool driving the silver bullet or the little “hearse” embarrassed you, as my son’s friends called it at college. The HHR got three kids through high school and college off and on. It had a seven-year run before we decided to sell her. At about 107K miles, the engine needed some serious work, and we chose to move in a different direction.

The HHR had a seven-year production run manufacturing 489,780 cars. We had a 2008 version, an HHR LT, the second highest production year. Three sets of tires, two sets of brakes and a new battery were about all it took to keep the Silver Bullet running. The girls blew the speakers out after four or five years blasting some really, really, really bad noise that was classified as music. Other than that, the HHR delivered as a people mover that could haul a little extra cargo configured as a little station wagon. With a moonroof to boot, all she needed was a little rock-n-roll, a country road and sunshine. Cruising American style …

So, a couple questions: