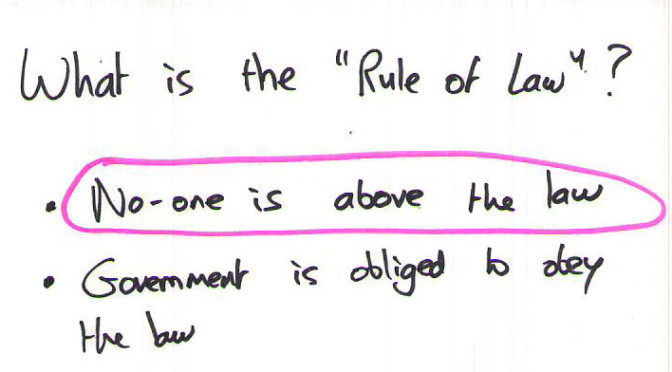 One of the greatest qualities of our constitutional republic is that no one is above the law. Rich or poor, privileged or ordinary, famous or infamous, if you break the laws of the land you will be held accountable and punished if found guilty. The US citizenry really has arguably had confidence in the system up until this current administration. Even a US President was found guilty of lying over Watergate in the 1970’s and if it weren’t for being pardoned by President Ford, President Nixon would have gone to jail. So where are we today?

Between 2009 and 2014, the Internal Revenue Service (IRS) was targeting Conservative Tea Party Groups for their political activities supporting conservative political candidates. There is much evidence toward this end through the Freedom of Information Act, Congressional testimony of witnesses and even whistle blowers. The IRS targeted companies owned by conservatives whom were politically active and these companies have been financially harmed. Have there been any indictments or grand jury proceedings? No, there have not been. Has Louis Lerner, the Head of the IRS, been indicted for her political targeting activities by the Department of Justice (DoJ)? Has the DoJ even adequately investigated the IRS targeting of Americans or conservative political groups? It has not. When President Obama declared “not even a smidgeon of corruption” he in essence gave marching orders to the IRS and his Administration to close ranks around the issue.

So where are the republicans and the media? While the republicans have held hearings they have marginalized themselves by failing to take stronger action and demanding accountability. The media continues to protect the president and his administration by letting this issue die in the press. Historically, if the left-wing media wants an issue resolved, they keep it alive. When they want to play ball with the party they favor and vote for (99.4% democrat), they stop reporting on the subject. Case and point, has Louis Lerner been in the news lately? I hear crickets!

This brings us to present day and the FBI’s investigation of Hillary Clinton’s decision to establish a private server and email account for State Department business instead of using the required government computer systems for the nation’s business, both classified and unclassified networks. Not only is this unlawful but it is unprecedented. One must also ask, why would you do this? Clinton has used the argument about this being more convenient for her. As a career soldier, this is insulting. When you’re the Secretary of State, you have a whole apparatus serving you. You have maximum convenience from day one. You have security, transportation, staff, special communications and a whole host of privileges that make your life convenient. Plus it is a privilege to serve your nation and to some degree, hardship is expected when you accept the role of Secretary of State. This private server is really about control and because Clinton knew she’d run for President, she wanted to keep her communications from the public record or future scrutiny.

So, will justice be served in the case of Hillary Clinton establishing a private server to conduct government business, and passing over two thousand classified messages over an unsecure personal network? She put at risk secrets of the nation that could result in serious or grave damage to the nation, or security of the lives of agents and troops in harms way. This is the price of Clinton’s convenience excuse.